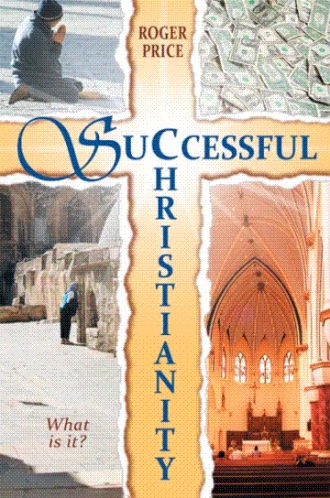 The mind of a human being is a magnificent thing. It controls not only the man, but also the way he perceives and interacts with things and people around him. By use of his mind, man can think in a manner that will bring gain or restriction to him. While his thinking does not actually do the creating, it is because the mind is lined up with the Word of God that he can act upon that thought to create. Man can think in selfish ways, or unselfishly. He can think in a focused manner, or if he leaves it alone and out of control, his thinking will follow the path of least resistance to the world’s way of thinking. To me, perhaps the most important avenue of thinking is the possibility of what seems to be impossible, or what often we are told is impossible. What is possible? What can you do? What can you achieve in life?

Each time there is some marvelous thought of possibility that comes, there seems to be a distracting or opposing thought as to why the marvelous thought cannot be valid. It seems that there is a planned opposition to our thinking, especially when that thought tends to generate positive action and results. Our minds have been trained by environment and teaching to view life a certain way in certain circumstances. From the time we were born, outside influences have been working to form the way we act and react in situations. These controlling ideas and thoughts can be limitations or liberations. Sometimes we are limited more by attitude than by opportunities. Attitudes come from ideas that have been planted in us, right or wrong. They have come from our parents, siblings, teachers, television, school texts, and many other avenues.

There is a battle that goes on, moment by moment in our minds, and we get to choose which side wins. Obviously there is some happiness in being successful. Howard Cutler said, “Right now at this very moment we have a mind, which is all the basic equipment we need to achieve complete happiness.” Yet if the mind is not controlled and guided in the right direction, it tends to defeated thinking and unhappiness. So how do we get past this thinking that seems to have as its goal our failure? And by the way, where does this thinking come from? Is it just in us, or is it possibly from an outside source? We may be able to blame the world system and our enemy for part of it, but the way we, as individuals, tend to see things in life is also a part of this battle of thoughts.

Success starts with an attitude. In fact, success is an attitude. So, the price of success is within every persons reach – through time, focus, belief, and then commensurate action. We have to take charge of our attitudes and not allow someone else to choose them for us. Many are crippled in their attitudes, seeing failure as the only thing they are destined to have. In fact, some think that if at first you do not succeed, you should destroy all evidence that you even tried. Some have such a failure rate that they can no longer even muster the energy to try again (see chapter one). That is a poor attitude to have when we have been called to victory and success in all things.

Being crippled, either mentally or physically, is not something we want, nor is it a problem for the person who is willing to change their thinking. Being crippled mentally takes no start-up capital. It just seems to happen, but can be changed. As I said before, what we can tolerate, we cannot change. The thing we have decided to not tolerate any longer we are beginning to change because we have to make a decision before we can change anything. We are the ones who will make our own way prosperous by use of the tools God gave us.

Success does not come to the lucky, but the diligent (Proverbs 10: 4). God has given us the option of functioning in a “work-fare” system or a welfare system. We can put effort to life and find that success comes. Yet there are those who live as “beggars” to their death. I am not talking just about money, but in all of the living of this life there are those who seem to never succeed. I believe many of these people have never come to the conclusion that they can succeed. Their words, produced from their thoughts, include such as “I can never see myself doing that” or “I could never have that.” They cannot “see” themselves successful, and therefore never make the effort that is required to be successful.

Success is not a goal but a process. Success has no termination point. We can move as far into success as we wish by the tools God gave us. But if our thinking is rotten, then we will not attempt what can bring success. No one was designed for failure. The standards to bring about or be successful rule out no one. If a man fails in life he must look in the mirror to find the ultimate reason why he failed. The Bible is the mirror that points us out. Success then comes largely because of an “I will” attitude, developed from right thinking, which manifests through correct action. 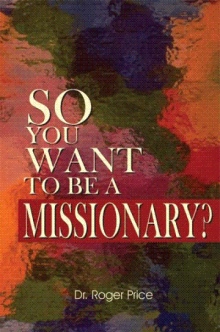 The world is full of religions, espousing man’s ideas of how to get to their particular gods or goddesses and to gain their favor. These people seem to be in a continuous state of failure. Successful Christianity explores the Christian faith, in which there are those also who struggle to be on top of things in life. This book gives multiple avenues of overcoming what is seen by some as a person’s fate in life. From failures in finances to poor health, I point out that there has to be a change in our thinking if we are to ever be successful in our walk with the Lord. Proposing that God wants us to be successful in life, Scripture is called upon to point out the various avenues in which we please God by our faith and actions that back up that faith which will bring success. Our focus on a growing relationship with our Lord and His Word I am convinced is the avenue of success for the Christian. That is my experience and I pray you find it true also.”

Dr. Roger Price was born again in 1950 at the age of 7. He committed his life to the Lord’s purpose in 1968 and continues in that capacity. He took his first mission trip in 1993 to the nation of . Dr. Price holds Doctorates in Theology, Religious Education, and Ministry. He has taught in and administrated a Bible college in 1994 in the nation of . He has worked in administration and course writing for International College of Bible Theology since 1995. He began to travel to various nations in 1997, helping native pastors and ministries to plant over 60 Bible Colleges. A part of his ministry, while planting Bible Colleges is holding pastor’s conferences and crusades. His major work now is with pastors/ministry leaders to further education in the Bible in developing nations.