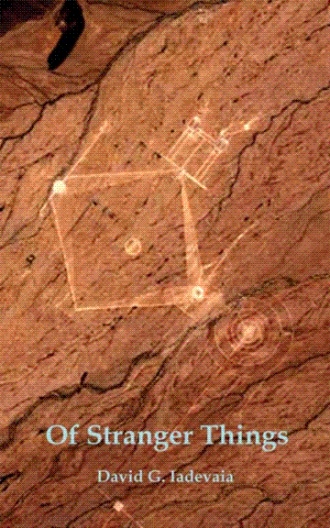 The F-16 National Guard pilot is flying level at 60,000 feet. Below he can see the raging dust storm.

“Albuquerque Center looks like Phoenix is about to get clobbered good from that huge dust storm I’ve been watching for the last twenty minutes,” says the pilot of the AZ Guard F-16 jet.

“Yeah, AZ Guard F-16, the weather radar has it moving at 25 knots directly up I-10,” replies flight controller.

“Nice to be way up here where it’s smooth and clear!” As the pilot spoke he noticed the Sun becoming obscure. Slowing at first, then more rapidly. “ Guard F-16, maybe I spoke too soon. Looks like that dust storm is higher than I thought!”

“Not possible, Guard. Those storms are big but can’t reach FL 600.”

“Well it’s starting to get really dusty up here.”

The pilot pulls the stick back and engages the afterburners. He accelerates upward only to see the Sun totally obscured. The dust is drawn into the engine and it stops functioning. The pilot uses the plane’s forward motion to continue in an arch and now heads toward the ground. He cannot see anything outside of the cockpit. His engine has failed; his auxiliary power unit has failed. He is in a controlled fall toward the desert below. He must not exceed the maximum velocity of the airframe or else he will break up in flight. He has no idea how fast he is going because the pitot tube airspeed indicator is clogged with dust. The barometric altimeter is still indicating his fast descent and the turn and bank indicator is still working. He has to do something fast and at 10,000 feet he pulls back on the stick in an attempt to level out. With his hand on the ejection handle the plane abruptly seems to stop. It is an illusion. He pulls the ejection handle and with a thundering crash the seat is propelled upward through the canopy, knocking the pilot unconscious. Upward through the dust, he moves away from the plane. Without any control the jet tumbles end over end as it continues its downward plunge. Seconds later a flash of light followed by a deafening roar is heard at the Gila Bend airport.

“Wow, that storm is getting close,” said to his dog lying indifferently next to the radio bench, “that was some thunder bolt, boy!”

The dust storm continued toward masking the crater left by the impacting F-16 as it crashed into the desert of the .

It started with the arrival of a package that contained four notebooks written by Dr. Townsend-Brown and given to Professor Guido Galileo’s late uncle. On the cover of each of the notebooks was an odd symbol that keeps showing up in the most interesting places…from the in to the Intiwatana Stone at in . Professor Galileo and several of his students are on an adventure of a lifetime. They are trying to solve the mystery surrounding the work of Townsend-Brown before the men in dark suits can stop Dr. Galileo from revealing to the world the answer….an answer that will change our understanding of our past and how we move into the future. Come enjoy the thrill of discovery and danger with Dr. Guido Galileo, Elinor and his students as they experience the effect ‘of stranger things’ while traditional science is challenged by fringe science!

David G. Iadevaia was born into a warm, loving Italian family in . He is an award winning (Tucson Trade Bureau 1984) Professor of Astronomy and Physics in . He specializes in astronomical instrumentation and has done research in archaeoastronomy. He is a teacher at heart using traditional as well as non-traditional techniques. He designed the first online astronomy course complete with online telescopic viewing. His experiences span academia as well as industry where he worked with underwater sonar systems as an electronic engineering technician. Dr. Iadevaia has conducted eclipse trips to places as varied as , and . His research in archaeoastronomy has brought him to and the American Southwest. He is a pilot and a sailor. He likes to tell people that he traded in his horizontal wings for vertical wings when he sold his plane to buy his dream boat Principessa. Professor Iadevaia has four grown, wonderful children and lives happily in with his lovely Linda, who is his best friend and the love of his life.