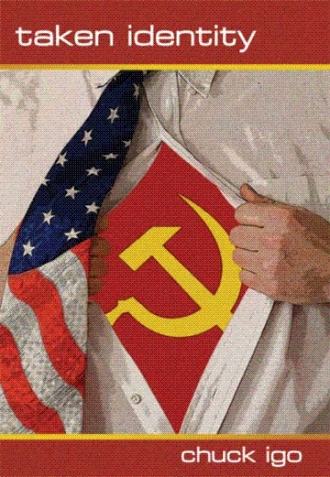 “Let’s get rolling on containing some of these ancillary assets, and see where it takes us.  Maybe we can get some verifiable proof to help our case.  The way it stands now, Attorney General Vernon is going to proceed with what she’s got.  She has to.  The opening of the trial is next week.  The only way we’ll be able to defend against any of this is to present something more than plausible in our defense.”

“Listen, Bud.  It’s my defense, not yours.  I appreciate your team spirit.  And I really appreciate that you believe me.  You are about the only one left.  So what do you suggest.  I’m willing to try anything at this point.  You have to admit, the girl was good.  Very, very good.  And very convincing, as evidenced by the first mug shots ever of a sitting American president.”

“Be thankful they didn’t do the de-lousing thing.”

“Or the body cavity search, Bud.  Let’s not forget that.”

“What we know is that there are two assets in place.  They’ve been there for far too long.  God only knows what would have happened if you hadn’t been approached and offered what we now know.  Damn them.  But, giving credit where it’s due, they’ve got balls.  Exceptionally large ones.”

Bud paused a moment, and then added  “Let’s not forget about their patience, either, Mr. President.”

“It’ll be a great abject lesson for the American people to learn from, Bud.  We’ve come to expect way too much, way too quickly.”

“Let’s start with him,” said Bud, showing the president a small list of names.  “He’ll be ripe for the picking tonight.  We’ll need to make this black, though.  Accountability to you and you alone.  And here’s my idea for a cover story to help explain some of it away.  Maybe all of it, if we’re wrong about this.”

“I don’t like it, Bud.  It makes me look like I’m grasping at straws to keep my butt out of a sling.  And I won’t let any cover story hold up as the gospel.  I am not the bastard everyone thinks me to be, and I won’t start being one now by lying.”

“Until we can get the written proof we need, and until we can get one verifying source, it’s all we’ve got.  You are keeping a personal log on all of this?”

“Yes, Bud.  As much as it pains me to do so, I am.  But I am, if anything, not a bottom-dwelling leech.  Or letch, for that matter.  I’d like a to present this written record to the Congressional Oversight committees that are sure to evolve from this mess.  I’ve already written a letter to the joint bodies suggesting, at the very least, censure for me.  I will take the heat for crossing the lines on the current matter at hand.  I will not, though, take the blame for that which I did not do.  Stupid, stupid me.  I should have known better than to let her close the door.”

Imagine a president embroiled in scandal, an opposition party frothing at the mouth with his impending resignation or conviction, and the only thing standing between the other guys and the White House is the vice-president.  Now imagine the remnants of a war thought long over that has at least one more battle to be waged.  That is the premise of Taken Identity, the story of life-long friends trying to right a wrong, and prevent a disaster.  From to to and beyond, Taken Identity follows the course of events that puts the president in a precarious position and his most trusted advisors in the role of human shield. The relationships within the circle of friends, at times, are forced to withstand the most brutal of beatings.  From high-tech to old fashioned footwork and know-how, Taken Identity introduces you to a by-the-people, for-the-people White House and an extended circle of aides who strive, like all of us, to adhere to the letter of the law, but sometimes are forced to bend it.  It’s easy to do the right thing, but much harder to do the wrong things for the right reasons.

Chuck Igo is a broadcast professional having worked at radio stations in and in , currently the morning host on ’s WYNZ-FM.   Living in since 1981, he makes his home and shares his life with wife Debbie, their three children, Erin, Emily and Connor, ’s boyfriend, Greg, & the family cocker spaniel, Lilo.  A native of , Chuck grew up in , graduated from Burlington High and attended ’s prior to entering the U.S. Navy in 1977.   His Navy duties allowed him to experience life in , and .  Aside from e-mails written in his role as a youth sports volunteer, his writing pursuits have been limited to occasional opinion pieces for Maine newspapers and lots of (sometimes award-winning) creative radio copy.  It is as a result of writing countless pages of radio commercial copy that he decided to try his hand at a more long-form writing project, and thus was born this debut effort, Taken Identity.