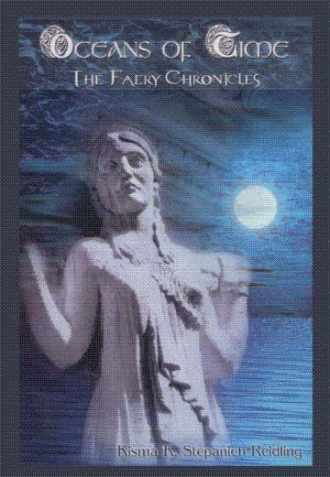 She stood before him, a phantom. The flimsy gown that shrouded her emaciated figure fluttered in the wind. She looked to be the typical ghost reputed to haunt hillsides, derelict castles, and wayward inns long abandoned to the passage of time and the encroachment of meddling weeds.

The corners of her mouth were rounded, giving support to the eerie sound emanating from the hollow chamber within her chest. She was not human, and so it was thought by human standards that no heart beat within that empty chest, no blood coursed through such veins, no brain ticked off thoughts, and, like wise, no thoughts could find birth with the vibration of riddled words and lays, although her mention was found often enough in the legends surrounding the district.

"Tradition says the banshee
Keened a sad and lonely wail
With grief no human bosom
Had ever known
As she paced those ancient ramparts
Towering o'er the sunny vale
When they laid him in silent Teampall Nua."

On this day she keened for joy not grief…he was dead! Though, to the human animal she was deemed dead herself. The Faery were more alive than any would have suspected, or perhaps those favored mortals whom the Faery had long ago touched, or still called, knew Them to be fully alive even though such life could never be proven. Empty facts, just hearsay, no court of law, no judge would ever find favor in that! No supportive ruling would ever become verdict. The Faery were simply condemned to the realm of fantasy, a fallacy uttered through the slurred words of the drunkard or the rattling of the lamebrain caught on the heath after twilight when the world slipped into the dark cloak of the midnight hour.

Nonetheless, she—a Fay—stood over the prostrate form of Sean McDowell now, gazing down at the shell, watching and waiting for the dark soul to lift up out of it and stand before her. She had waited a long time for this moment. Oh how she had waited and she laughed herself, out loud and ruthless, not caring who might hear.

A group of mortals now prepared to enter the Laois Stone, the giant stone circle, which was the real cause for her attendance as well as for the gathering of the Hosts.

However, the struggle between the Sidhe, the Hosts of Faery, and the dead sorcerer had existed long before the woman and her group had come to the Lough.

True, the mortal woman, Vivian McFarlain, was instrumental, but that was nonessential to the Sidhe. After all, mortals were often used in such matters…the Sidhe could manipulate a mortal only so far before another human was required to "finish the job," as humans were so found of saying.

Still, Ainé had to admit that she did feel a touch of remorse, after all, the dead man, or rather, the dark soul within the dead man had been her husband at one time and the father of her beloved son.

"Snap out of it," she admonished herself, and wound a strand of long golden hair around her finger. Her gray eyes studied the dead man. Sean McDowell had been a worthy body for him to choose. The man was pushing ninety and had certainly outlasted many of the others. This time, however, she was not going to allow that dark soul to slip into another unknowing mortal.

A muffled cough caused Ainé to turn. A demure smile edged the corner of her lips as she realized who stood behind her.

"The mortals are preparing to enter," said Sinend. The sound of her silky voice was soothing to Ainé. "I take leave to witness the test."

"Of course," Ainé said quietly, and with those words turned back to await the disassociation of soul from body. Listening to the quiet rustle of movement behind her, followed by the sudden coolness of open space, she wondered how long the Chronicler had stood behind her before finally deciding to interrupt.

Ainé glanced over her shoulder in hopes of catching sight of Sinend before she slipped into the ethers, but it was too late, Sinend had already entered the betwixt and between. Her thoughts were pulled back to Vivian McFarlain.

Ainé's eyes grew soft and unseeing, focusing in another time and space, a day of sunshine and warm summer breezes that caressed Knockainey, her sacred site. Upon the crescent of the hill the image of Vivian stood with arms raised to the heavens. She stood before a gray granite marker.

Who is this mortal that suddenly haunts me?

Ainé had no memory of Vivian before then.

Oh how that simple request affected Ainé. She blinked, focusing back on the human time in which she then stood and turned back to Sean McDowell's body. Soon the dark soul would be released and when it did, she planned to devour it and put an end to Geároid Iarla's dark powers. For it was he, the son of the King of the Norman Faery, the Second Earl of Desmond, whose evil sorcery had taken-over countless mortal bodies and held sway over the parish of Lough Gur since 1359.

"The time of his reign must be put to an end," Ainé mumbled to herself as she stepped to the side of the Rannach Croim Dubh, the huge orthostat of the great stone circle, to view the mortals standing inside it's circumference.

Yes, he must be stopped now. 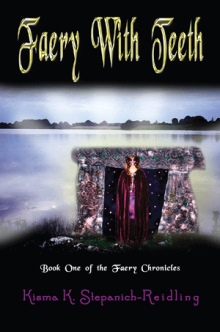 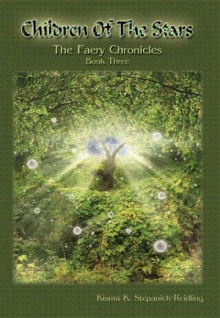 Oceans Of Time, the second installment of The Faery Chronicles is a masterfully, daring, and beautifully written novel set in fourteenth century Ireland. In the true fashion of a traditional Irish storyteller, Kisma K. Stepanich-Reidling guides us into the extravagant aura of the Otherworld, as she expertly portrays the richly dramatic and cursed romance between Ainé, the Irish Faery Goddess of Love, and the historical Second Earl of Desmond, whose meddling in the black arts unleashes a demon upon the world. The ancient past weaves together with modern times through a battle between humans and demons, the outcome of which will affect both the Faery and human worlds.

Kisma K. Stepanich-Reidling is the author of the popular new novel series The Faery Chronicles, including Faery With Teeth and the new, Oceans of Time. She has written numerous books on the Irish Faery-Faith tradition, including Faery-Faith Traditional Wisdom~Codex 1; Faery Initiations, Stone, Swords, Spear & Cauldron; and, Faery Wicca Tarot. She has also authored three books on women spirituality and Earth awareness, including An Act of Woman Power, still in publication after two decades.

Kisma lives in Southern California with her husband and son. Together, they conduct annual sacred pilgrimages to Ireland.