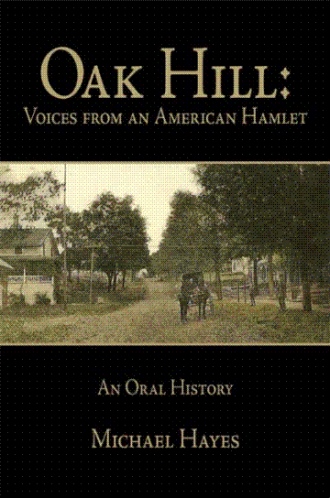 The Great Depression had a devastating impact upon much of the United States.  Although Oak Hill was not completely excluded from the dire effects of the severe economic downturn that held America in its grip for over a decade many survived the era with minimal stress.  Most people in the hamlet didn't have much to start with.

The general feeling among the local residents was that they were poor but they never thought of themselves as underprivileged.  Local life-long farmer Ralph Hull remembers, "We always had enough to wear and enough to eat."  The self-sufficient nature of the community saw to that.  Hull said, "Back during the Depression years you read in the paper that people stood in line for two hours for a bowl of soup.  In fact, that's what made me go to farming.  I said, 'Boy, if I had a little barn and a little land I wouldn't have to stand in line for no soup.'  We lived all winter out of last summer's garden.  I always felt that we had it better than city folk."

Everyone that could do a little something to help out did.  Just about all the men went fishing or hunting for game to eat.  Most families had a cow and a few chickens.  Young Eugene Kellam delivered newspapers.  "I delivered the Knickerbocker Press.  I had 18 customers in Oak Hill but even at three cents a copy a lot of people couldn't afford it.  I made 18 cents a day and I thought I was rich.  I had a bike and the man who ran the garage was awful good to kids, Hyatt Field.  He welded it together and he never charged me."

"I remember bread lines in Albany.  I said to my mother, 'Why are all those people standing and waiting.?'  People were hungry there back then and there wasn't no work for most."

The hamlet was not without its share of hardship.  Donald Lounsbury remembers that Oak Hill neighbor Lloyd Paddock used to tell him, "We had beans for breakfast, beans for lunch and beans for dinner."  Lounsbury can also vividly recall the Depression era Christmas when each child received but one small present.  His was a metal car, which he still has and cherishes.

Harriet Rasmussen, who spent much of her youth visiting in Oak Hill with her beloved Aunt Elizabeth and Uncle Alfred Burnett observed that:

Oak Hill was a quaint little town where many of the homes were still using outhouses.  Some people were still bringing pails of water up from the well and putting it on the stove to heat for household use.  People didn’t look upon this as odd or a hardship.  Even some of the families thought to be more well off didn’t have running water.  The first time that Elizabeth and Alfred had running water and a bathroom was in 1939 when they built their new house.

I think people in Oak Hill were a frugal lot.  Many were from farms where they could raise much of what they ate.  And so, they were not impacted so much in the area of being able to feed their families, unlike those in the city.  Farmers were not used to having much actual cash change hands.  Their wealth was in their land, livestock, produce, etcetera.  Stores like Hall and Burnett’s sold groceries, kerosene and general merchandise but most of the people had a running bill because they could not pay.  So store owners would have felt the hardship of having to keep stocked up and not getting paid on time.

In fact, Leo and Ernest Ford had generously extended credit to local people for goods adding up to many thousands of dollars, much of which was never repaid. 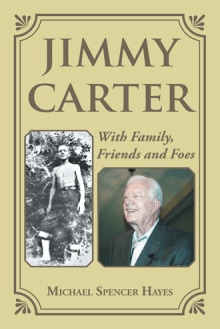 Based upon research and interviews, this book chronicles the recent history of a rural hamlet.  It is an engrossing work that examines topics as diverse as the economic structure, the impact of local baseball on the inhabitants’ lives and the lasting influence that war had not only on the soldier in combat but also on the returned veteran.

Additionally, the author elicits from the people of Oak Hill insights into their religious beliefs and customs.  He offers a rich portrait of this small village and its people.

Relying heavily on oral history, this work also utilizes previously untapped primary sources such as privately owned letters and diaries.  Much of this material was analyzed with the cooperation of the local family members and friends who possess these items.

A wonderful sampling of photographs from area private collections enhances the fabric of this book’s content.

Michael Hayes has a Master’s Degree in American History

and has taught U.S. History as an Adjunct Professor at the

of .  He has contributed to the

Long Historical Journal and has had a number

of his original poems published.  Currently Mike is a teacher

in the Social Studies Department in High

School.  He serves as President of the Oak Hill Preservation

Association.  Mike divides his time between his homes on
and in Oak Hill.  mikehayes40@hotmail.com