The Legacy of Ludovic Grant

by Jerry A. Maddox 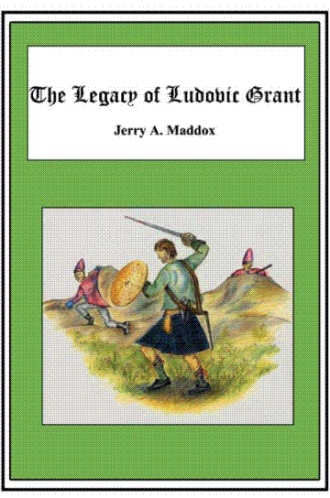 When I wrote my book, From Salacoa to Tahlequah in 2005, I researched the family of JOHN MARTIN, JR., first Chief Justice of the Cherokee Nation in 1839-1840. A considerable amount of my research was gained from Patricia W. Lockwood, a genealogist, a descendant of the Martin family, and author of From to Tahlequah. In this book on pages 159-160 LUDOVIC GRANT, a Scotch trader with the Cherokees in the early 1700s, was mentioned as the primary ancestor of the Martin family through his marriage to a full-blooded Cherokee woman and through his granddaughter, Susannah Emory. Susannah married first to Capt. John Stuart about 1760, second, to Richard Fields, about 1770, and third, to John Martin, Sr. , about 1782 and had children by all three men. John Martin, Jr., was born to Susannah and John Martin, Sr., about 1784.1

I became interested in Ludovic Grant when I found his letters to Gov. Glenn of written from 1751 to 1756 informing the governor of activities in the Cherokee Nation in the Overhill country of . Further research on the life of Ludovic Grant revealed that he was a Jacobite captured at , in 1715 and banished to Charles Town, South Carolina, in 1716. He sailed to South Carolina on the ship Susannah and upon arrival at Charles Town served seven years as an indentured servant as part of his punishment for being a Jacobite.

When the Jacobites were banished or otherwise punished by being hanged or imprisoned after the uprisings of 1715 and 1745, many thought of them as rebels with punishment that was justified, but subsequent history indicated that many of them were merely loyal subjects of their king. Their flight to other lands in many cases provided an opportunity to begin new and illustrious careers that would eventually influence people they came in contact with and others who would follow them. Such was the life of Ludovic Grant...a man who never returned to his country or this family in , but began an adventure in the that would result in prosperity and the beginning of a legacy for his descendants which grew to a considerable number.

One of my first interests was in the name of Ludovic Grant. There are many men in the Grant Clan who had the name Ludovic or Ludovick. It is a German name with alternate forms of spelling such as Ludwig, Ludovico, Louis, Lewis, Ludvik, Ludwik, Lutz, and Lothar all of which mean 'famous warrior' or portray an individual of fame or a great warrior.

In Germany the music composer, Ludwig Van Beethoven, made the name of Ludwig a famous name; in France Louis XIV gave the name a good reputation when he was king of France; and in Scotland the eighth Laird of Grant, Ludovic Grant of Freuchie was known as 'the Highland King' and many men in the Grant family named their sons after Ludovic of Freuchie (Grant).2

Research of the surname of Grant revealed that this was the name of a very prominent family in which traced its origins to the Scotch highlands about 1215 A. D. A book written by William Fraser, LLD, in 1883, entitled The Chiefs of Grant, gives an excellent history of this family. My first impression was to connect Ludovic Grant, the Jacobite banished to , with the families of prominent Grants who had either served as chiefs of the Grant Clan or were other­wise linked to the hierarchy of the family.

After considerable research to determine where Ludovic Grant, the Scotch Jacobite, came from in , I learned that he was from an area which was not heavily populated by the Grants. My investigation led me to finding his name on prison records kept at the National Archives in , and these records showed that he was held as a prisoner at , and his place of residence was in Aberdeen­shire, , where he was born in 1688. 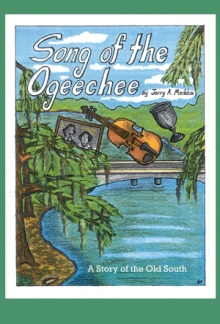 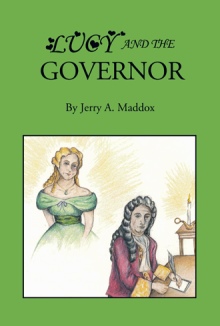 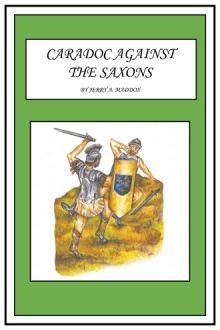 CARADOC AGAINST THE SAXONS
Jerry A. Maddox
$16.95 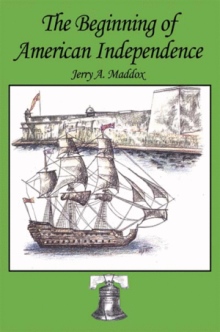 The Beginning of American Independence
Jerry A. Maddox
$18.99 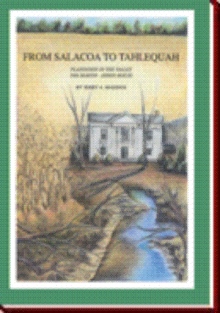 From Salacoa to Tahlequah
Jerry A. Maddox
$18.99

A non-fiction biography about Ludovic Grant, Gent., born near Aberdeenshire,Scotland, in 1688. As a Jacobite warrior in 1715, he was captured along with 1,500 other Scotch Highlanders at Preston, England, and imprisoned at Chester Castle for six months. His trial resulted in banishment to Charles Town, SC, in 1716. After serving as an indentured servant for seven years, he became a licensed trader with the Cherokee Indians in Tennessee and married a full-blood Cherokee woman. His letters to Gov. Glenn of South Carolina from 1751 to 1756 preserved in South Carolina archives served to alert colonial authorities of affairs in the Cherokee Nation and French aggression in the colonies. As the ancestor of thousands of mixed-blood Cherokees, his legacy has continued to this day throughout the Cherokee Nation and AmericaThrough his marriage and marriages of his three mixed-blood granddaughters to English and Scotch colonists his legacy has resulted in a heritage to those who trace their roots to a man who left his country for a new life in Americathree hundred years ago.

The author is a member of Clan Grant in and the Andrews Society of Atlanta, GA. He has spent considerable time researching the life of Ludovic Grant, an exiled Jacobite. His research for this book took him on trips to , , , , , , and .

Other books Mr. Maddox published by Author House, Inc., are Song of the Ogeechee written in 2002, and From Salacoa to Tahlequah written in 2005.