Ranger And The Gang Series

The Case Of The Twelve-Hour Deadline 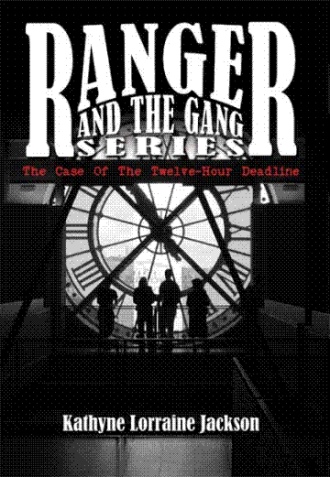 At that same moment, another voice was heard over the speakerphone, saying, “Time to get off.”

“Hold on, Gang,” Ralph said as he turned away from the phone.  “I’ll be off in a minute,” he said, his voice sounding far away to the Gang members.

“Who’s that, Dad?” Ranger asked.  The hairs on the back of his neck suddenly tingled, a sure sign of trouble.  Over the years he’s learned to heed its warning.

“I don’t know,” Ralph spoke into the telephone.  “Just someone anxious to use the phone.”  His tone became firm and his voice again became muffled as he stated, “I said I’ll be through in a minute.”

“You’re finished now, detective,” sneered the tall man with glasses and the thickest eyebrows Ralph had ever seen.

Ranger didn’t like the tone of the other voice.  He yelled into the phone, “Dad!”

But Ralph didn’t answer.  He dropped the telephone as the tall man and his cohort, a short, blond-hair man with a thin mustache, grabbed him.  Ralph fought valiantly, using the techniques he had learned as an agent, and was holding his own until suddenly the taller man got the upper hand.  Ralph was punched in the gut, which doubled him over.  The short blonde-haired man took the advantage and, with his fingers intertwined, conked Ralph on the back of his head, sending him to the ground.  Ralph hit his head hard on the cement, which knocked him out and ended the fight.

Back at the clubhouse the Gang, hearing the sounds of scuffling, verbally expressed their concerns.  They couldn’t see exactly what was happening, but each had been in enough tight spots during their brief investigative careers to mentally guess.  They didn’t know about the second man because he never spoke.  But even if they had known, none would have allowed themselves to believe Ralph could lose.  So, after several minutes, when silence met their ears, they still held on to the hope that Ralph would again speak into the other end.  But the next sound they heard was a click and then a dial tone.

Someone had hung up the telephone. 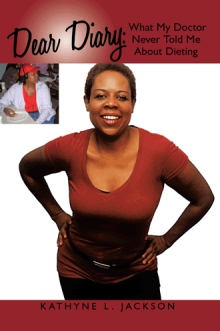 Dear Diary: What My Doctor Never Told Me About Dieting
Kathyne L. Jackson
$19.95 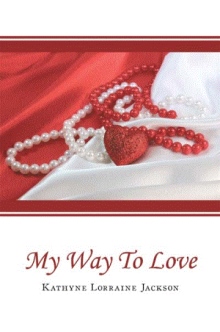 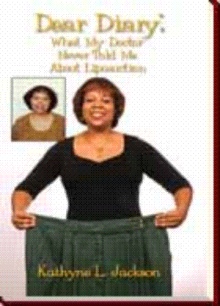 Dear Diary: What My Doctor Never Told Me About Liposuction
Kathyne L. Jackson
$14.50

Ranger And The Gang Series are mysteries involving Ranger, Altese, Pug, Tracker, and Bernie.  In "The Case of the Twelve-Hour Deadline" the Gang’s ready to start their summer vacation, but a telephone call dramatically changed their plans.  Their mentor and Ranger’s father, Ralph Longbody, was brutally attacked in a telephone booth while checking on final clues.  Ranger And The Gang followed those clues to a warehouse, jeweler, refinery, wealthy matron, and finally culminating at a museum showing that evening.  Ranger And The Gang only had twelve hours before the showing to rescue Ralph.  Stunned, the Gang and Ralph's partner, James Johns, delved more into the bizarre circumstances surrounding Ralph's disappearance and uncovered a network of international criminals that expanded the globe.

Will they find Ralph in time or are his days numbered?

Kathyne Jackson is a published poetess, songwriter, and is best known for her non-fiction book, “Dear Diary: What My Doctor Never Told Me About Liposuction.”  She loves to travel and is the owner of a small internet business.  She lives in Maryland with her two children and two cats, and is working on the next mystery in the Ranger & The Gang series.