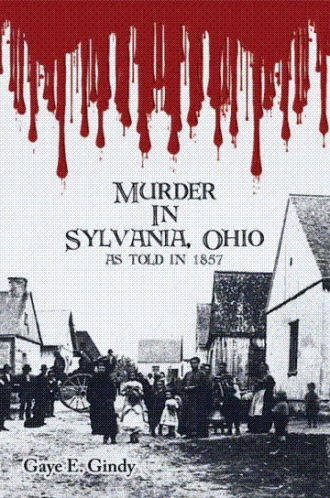 Murder In Sylvania - The following appears on Page 4:

with another man.  The latest search about his premises shows that the bed clothes had been recently washed; that blood stains were on the feathers of the bed, upstairs on the mat, and on other articles about the house.  It is evident that the body was cut up and burned, and that her trunk and her clothes were burned with it.  Remains of the jaw are found very perfect, and some of the finger joints.  In short, the evidence against him is very strong.

The following article appeared in the Daily Toledo Blade on February 18, 1857:

Our neighbor of the Times has been to the scene of the murder and learned some further facts of interest.  The house is a small building 14 x 20 feet, and only one story high.  There are other buildings on each side not over ten feet distant, and there is a public house on the corner and two stores, at a distance of not over 100 feet, showing how bold was the murder and how carefully all the incidents must have been conducted.  “The neighbors say that no other person could have consummated the act, and not been suspected—but that he was of that curious turn and no one took notice of his eccentricities.”  A further search has been made in the ashes of the stove, &c., and medical men have been called to examine the remains and pronounce in regard to them.  In the back part of the stove, behind the oven, the remnants of other bones were found, showing that the body, or portions of it had been burned in the stove.  The surface of a portion of the floor had been shaved off with a dull axe, apparently to conceal blood stains; and blood stains could be seen on the stairway, on the wall, on a mat upstairs, and about the bed.  “There were places on the bed where gouts of blood had been washed out, and the tick not dry; the same on one end of the bolster, the feathers of which had been shook down so as to wash it; it was not yet dry,”

“We also,” says the Times, saw feathers which had been taken from it, which are clotted together with blood, and the whole internal part of the house turned topsy turvy by the citizens to find further evidence of guilt.  Back of the house is the ash heap, where have been found not only the bones and other matters before named, but 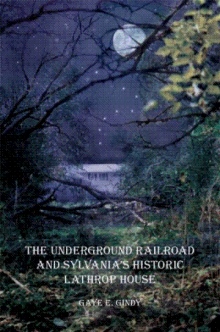 Murder In Sylvania is a true history about a grisly murder that happened in a small, quiet community in northwestern back in 1857.  Everything contained in this book was prepared from documents that existed at the time of the murder, and the actual names of people and places are used throughout.  The reader will learn about all the gory details of this murder, confessions to other murders, the sentencing and the hanging of a man whose childhood set the stage for this hardened criminal.  The murder, committed by Return Jonathan Meigs Ward, was the first case of capital execution in Lucas County, Ohio, and this brutal murder was the last of a series of slayings committed by this first presumed serial killer in the state of .

GAYE E. GINDY is a free-lance writer and author from , , who has been researching the history of the community for 30 years.  She has been employed for the past 30 years for the public entities of and the City of , working in the services of the Sylvania Township Fire Department, Administration offices of and currently the City of .  She has also been writing a weekly history column for the local newspaper, the Sylvania Herald, for the last five years.

Gaye and husband, Sam, have been married 29 years.  They have two children, Allan and Samantha.

became interested in “” history during the United States Bi-Centennial celebration in 1976, when her interest in history was realized.

This is her fourth book.  Other books include: