Footnotes to a Zen Practice 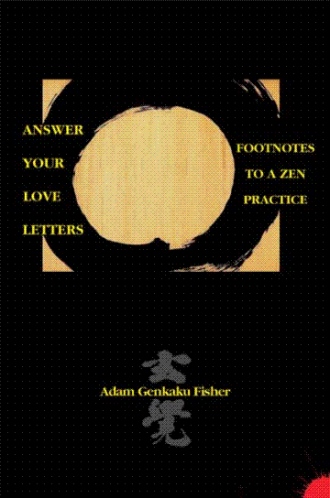 Once upon a time, at a Zen center I attended, there was a lot of excitement. The Dalai Lama was coming for a visit.

There would be two talks – one in the morning to the Tibetan community from in an around New York City and one in the afternoon to the members of the zendo. I was fortunate enough to be assigned as a person who would help visiting guests – show them where to put their shoes, point out the coat closet, or direct them to the bathrooms.

The night before the visit, I fretted mightily: I loved taking pictures, but I was worried that bringing a camera to the event would not be respectful, that it would be somehow not spiritual enough, that I would be a bad Zen student if I did anything as mundane and un-holy-fied as point and shoot. When I walked up to the zendo before the impending visit, I was glad I had overcome my holy-roller compunctions: Everyone had a camera.

The Dalai Lama arrived in a long, black limousine that was buffed to a faretheewell. Exiting the car at the same time he did was an impeccably dressed Tibetan in what looked like a sharkskin suit that fit him like a glove. He was a big, barrel-chested and serious-looking man and the first thing I thought was, "Where does he keep the gun?"

It was early. The Tibetans didn’t start arriving for a while, but when they came, it was as if a tsunami of laughter came with them. Where the zendo and its format of Buddhist practice was simplified and monochromatic, they were a skittering tintinnabulation of colors and smiles. Some chewed gum. Some drank from Sprite cans. All of this bubbled into a zendo hall I was used to seeing in silence and carefulness and something like austerity.

The Dalai Lama sat a couple of feet in front of the altar that graced the far end of a room that was perhaps 20 feet wide and 60 feet long. His audience was attentive and glad to be there. If there was austerity in their hearts, it did not show on their faces. Not for the first time I thought that Tibetans are possibly the most beautiful people on earth.

When the talk concluded, it was time for a ritual ceremony I had not seen before. Members of the audience lined up with white scarves in their hands. One by one they approached the Dalai Lama, and, extending both hands before them, bowed as they extended their white-scarf gifts. The Dalai Lama took each scarf, put it around his neck, then removed it and placed it around the neck of the giver.

By this time, I had moved to within six or eight feet of the Dalai Lama so that I could see better. The ceremony went on and on. The Dalai Lama struck me as kind and patient and friendly through all of what must have been a well-worn ritual.

Finally, at the head of the line, an old woman appeared. She must have been in her 80’s. Two things seemed clear from her bearing: First, age was no joke for her; and second, she was in a state of awe that bordered on dread. Her head was down as she approached. She would not look up. She was, as I imagined it, in the presence of God. She extended her scarf with two wrinkled hands, and, after the Dalai Lama took it, she did what no one before her had done – she prostrated herself on the floor before him.

But where it had been a relatively easy matter for the woman to get down on the floor, it was another matter entirely to get up. She struggled with what age had done to her body. In the split seconds that made it apparent she was having difficulty, the Dalai Lama reached down and helped her to her feet. He placed the scarf around her neck. And then, because the woman still refused to look up, to look into the face of her God, he took her cheeks in both of his hands and raised her face and eyes to his.

It was, quite simply, the kindest act I had ever witnessed. It carried with it so much and yet was so little. It melted me. I do not remember a single word the Dalai Lama uttered that day, but I remember the incident with the old woman. It is enough.

The whole event came and went in under two minutes. Others were pressing for their turn. And when the last of the giving and taking and giving was complete, when the audience had filed out, it was time for the Dalai Lama to leave too.

As he came down the central aisle of the zendo, I shot off pictures ravenously. I backed up as he approached. Again and again I shot the pictures I had worried about shooting, the ones that would make me a bad Zen student. Six, seven, eight – as fast as the flash recharged, I would shoot another.

When he got to within eight or ten feet, I looked up briefly from the recharging flash and found myself looking into his eyes. He smiled a small, almost-wry smile ….

From "The Box, Inside And Out"

"Answer Your Love Letters" is a series of short reflections and observations by an author who spent more than 35 years practicing Zen Buddhism.
The book is written in the hope that others following or even just investigating Zen practice may find something to laugh about or be informed by in their own lives – lives filled with kids and mortgages and lovers and office politics and sadness and joy … and some effort to make an abiding sense of it all.
“Answer Your Love Letters” suggests that spiritual endeavor and discipline may be very useful tools in this life, but that those tools are only useful to the extent that they address completely-human concerns – the half-heard questions whispering in the night: What about death? What about disease? What about uncertainty and fear? What about drugs, divorce or even delight? What about peace? What about joy?
Human beings ask and answer such questions in their own terms and in their own time. Someone else’s answer will never be enough: Intimate questions deserve intimate answers. It takes courage and patience and doubt to answer such questions. It takes attention and responsibility – two qualities that lie at the center of Zen practice or at the heart of any happy and peaceful life.
“Answer Your Love Letters” offers no cookie-cutter answers to the serious and intimate questions any reader might have. The book simply acknowledges that such questions exist and can be as compelling as they are confounding. It also suggests that there are better and worse ways to go about answering those questions.
“Answer Your Love Letters” is, in its way, simply a love letter that the reader may choose to answer.

Adam Fisher lives in Northampton, Mass., with his wife and three children – the people he counts as perhaps the greatest Zen teachers he ever had. Most recently, he has worked for a middle-sized daily newspaper as a wire and copy editor. Other work experience has included book publishing, packing popsicles, news reporting, lumbering in , a stint as an Army linguist, driving a taxi, and 13 years painting apartments in as a way to support his interest in spiritual endeavor.
His Zen teacher, Kyudo Nakagawa Roshi, abbot of Ryutaku-ji Monastery in , gave him the Dharma name Genkaku, which means “original realization” or “original understanding.” Together with the name, Kyudo Roshi also imparted two pieces of advice, both of which have served his student well: 1. The Buddha did not study 1,700 koans and 2. Take care of your family. Koans are insoluble riddles like, “What is the sound of one hand clapping?” Anyone who looks closely at life knows that insoluble riddles are what anyone faces every day of the week … as, for example, “Who, precisely, is your true family?”
“Answer Your Love Letters” is a collection of thoughts and recollections that attempts to address the questions and koans that anyone might face. For his part, Adam Fisher is just trying to take care of his family and encourage others to do the same.