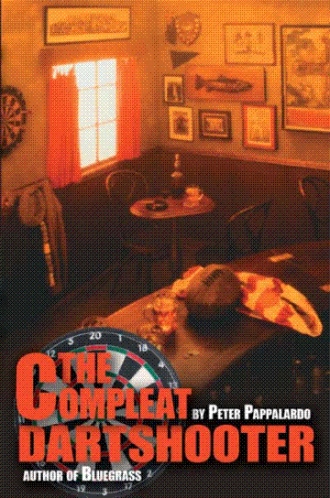 I wish to tell a story which is not my own, but in which I am embedded, and so I suppose some disclaimer is in order.  What follows, then, is an unauthorized biography of an enigmatic man—a man who did not care to be understood. Hostile witnesses tend to make it difficult for any reporter to get the story, but I still feel compelled to try.  At the very least I can vouch for the correctness of my memory.  As a trial lawyer would say, the facts here are not in dispute.

I can dispose of my life before Fletcher Widdy in a few lines: I was born   not far from the border just after the tanks had rolled through on their way to crush the spring revolt in .  My father christened me Aznap, after the village where he and my mother hid while she delivered me.  Weeks of hiding and dodging had left her ill fed, and I suppose it was a kind of miracle that she had made it that far.  Her prior life had done nothing to prepare her for the dirt floor of the barn and the brutal cold, so it was no surprise that she succumbed a few hours afterwards.

Not having known her, I can scarcely say that I missed her, although I did spend a thousand moments in my younger days examining her face in the only picture left from the earlier days.  She looked out across the years from that small black and white photo which my father had enshrined on a cheap table he had covered with the only other thing that had survived that journey besides me, a hand-stitched quilt she had brought to deliver and cradle me in.

He spoke of her seldom, but never failed to trail his hands over the quilt and look obliquely at her picture as he passed the little shrine.  Sometimes, after a few glasses of Slivovitz, he would speak a word or two about her.

"The last thing I saw from her was a smile.  She looked at you and she smiled. She believed you and I would find freedom," he once murmured, hugging me fiercely before he turned and sat down at the dingy kitchen table, his great shaggy head finally nodded to his breast in drunken, fitful rest.  So I came to be, as I learned, and my father, in a manner that suggested heroism, managed to smuggle both of us over the border to , and eventually to .

I, Aznap, son of a strong minister and a beautiful diva, was finally orphaned completely at the age of sixteen when my father fell asleep on the railroad tracks and was decapitated by a train in the deep of the night.

He had never really gotten over my mother's passing, I guess.

It made for a heavy weight on my life, having to live up to that large a legacy.  I know I took my father's death as an omen.  He had stridently believed in several things: the sanctity of work, the need for an education, and the possibility of discovering the truth.  His death was the ultimate rebuke; it was as if someone were trying to impress upon me the flaws in that type of thinking.  The days following the funeral were surreal to me; the county had stepped in to make the arrangements, and there were rounds of meetings with serious looking women—always women; why was that?—trying to decide a way of dealing with me.

At that moment I felt the lack of friends deeply, tried hard to ignore that lack, and failed.  In school, I had never bothered much with the others; they, in turn, had little use for an ill-clad kid who seemed to care more for books than for baseball. My bookish appearance wasn't entirely accurate, of course.  Appearances seldom are.  I guessed later that it was partly my father's fear of losing his wife's legacy that made him suspicious of things American, and so he kept me from my peers.  On my part, I needed more than anything to please him, and that had kept me from challenging him too stridently about it.

Still, I would try from time to time when it seemed he was having a better day.

"And will the ball teach you how to live and how to be brave when the tanks roll?" he said with a demanding tone.

"But I want to have some fun!"

"Will fun last?  Will that help you when the storm troopers roust you at three in the morning?" he said, voice rising with each question. "Will play bury your dead, will the fun protect your women?"

Those were tough questions to ask an eight-year-old. Even then I suspected he was not being quite fair about it.

"I guess not, Poppa," I would murmur, consigning myself to hours of Descartes, Hobbes, Einstein and Aristotle.

"You remember! All you can carry is what is inside. All day long I see the people. They carry dreck!  Nothing but dreck and dollars!  And if they lose the dollars, then they have only the dreck left!  Now read. What does Socrates say about truth?"

When truth finally visited my father in the form of sixty tons of iron and steel, I was suddenly free of the constraints I had thought were so repressive, but it was a na 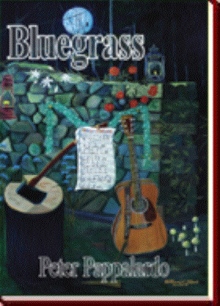 The Compleat Dartshooter is a dark and whimsical look at the world that lies nestled in the bosom of every small town in .  From the moment that the orphaned exile Aznap “Nappy” Ochnas meets a charismatic mafia bagman named Fletcher Widdy, the pair roam about searching for the meaning of life, or at least a good game of darts.

From the bars and taverns of the coal country in to the New York Open, the pair challenge each other and all comers for money and fame on the dart circuit.  The competition is not limited to the dartboard: Nappy is heir to his late father’s deeply held belief in truth and beauty, while Fletch’s worldview is far more cynical.  The picture gets even more complex when Nappy falls for Patti Pulkowski, Fletch’s ex-lover and a top-ranked dart shooter in her own right.

What Nappy sees as a lark that will distract him from his losses and a dead-end future quickly turns sinister when Nappy’s niavete leads him to break his word to Fletch and his cronies.  Add a briefcase full of mob money, some dysfunctional Mafioso, Socrates, the law, sinus conditions, murder, Descartes, pride , tobacco and the North Carolina Coast, and you have a fun and compelling examination of the landscape and personalities that make up small-town America.

The Compleat Dartshooter is a tale of love, violence, faith and adventure and of two men's existential stuggle to make sense of a seemingly senseless world.

This is Peter Pappalardo’s second novel in as many years. His first, , detailed the life and times of a small-town, semi-professional bluegrass band in .  Pappalardo has taught writing, English and the sciences for 25 years, and has written humor columns and stories about music and the arts in for the last fifteen.

An inveterate musician with informal training, he plays stand-up bass, guitar, mandolin and nose flute with several different bluegrass, old-timey, gospel and Irish bands, many of which are called “The Lost Ramblers.”

Pappalardo was born and raised in the small village of Shawnee-on-Delaware, Pennsylvania, and his family became refugees as a result of the ill-fated Tocks Island Dam project when, in 1970,  the Army Corps of Engineers did to the locals what the locals had done to the Indians.

Pappalardo claims to be the founder of a rare group of native Americans known as the "Awopaho Tribe,” and his writings chronicle a disappearing local way of life which is rapidly being supplanted by suburbs and “citiots”, a fate he terms “death by burbicide.”  He is currently working on his doctorate, which he will receive when he is too old to do anything useful, a modus operandi which has thus far prevented him from making any massive faux paux or money.

Pappalardo has been rejected by all the best and brightest agents and publishing houses in and has appeared on numerous radio and TV shows and recordings. He has played music, cards and board games with famous people including the entire Duke basketball team of 1977, the late Mr. Greenjeans of Captain Kangaroo fame, Bob Dorough, who penned the popular songs for ABC’s “School House Rock” and many other fine and famous musicians and raconteurs who make their home in and around the Poconos.

He is an outdoorsman, erstwhile dartshooter, tile mason and woodworker, and the father of four fine sons, all of whom fortunately favor their sainted mother.