Science Fiction, Future Studies, and Theories and Visions of the Future in the Last Century 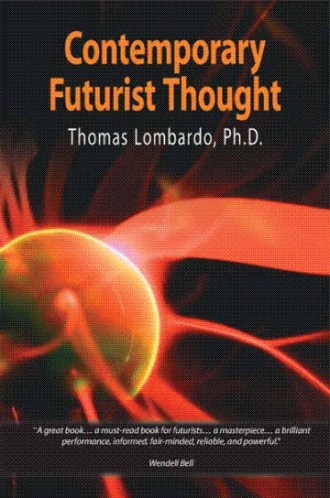 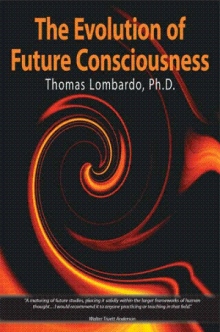 Contemporary Futurist Thought describes recent thinking about the future, dealing with both the hopes and the fears expressed in modern times concerning what potentially lies ahead. There are many such hopes and fears – perhaps an overpowering number, competing with each other and swirling about in the collective mind of humanity. Psychologist and futurist Tom Lombardo describes this mental universe of inspiring dreams and threatening premonitions regarding the future.

The book begins with an in-depth examination of the highly influential literary genre of science fiction, which Dr. Lombardo identifies as “the mythology of the future.” He next describes the modern academic discipline of future studies which attempts to apply scientific methods and principles to an understanding of the future. Social and technological trends in the twentieth century are then reviewed, setting the stage for an analysis of the great “contemporary transformation” occurring in our present world. Given the powerful and pervasive changes taking place across the globe and throughout all aspects of human life, the questions arise: Where are we potentially heading and, perhaps more importantly, where should we be heading? The final chapter provides an extensive review of different answers to these questions. Describing theories and approaches that highlight science, technology, culture, human psychology, and religion, among other areas of focus, as well as integrative views which attempt to provide big pictures of all aspects of human life, the book provides a rich and broad overview of contemporary ideas and visions about the future. In the conclusion, Dr. Lombardo assesses and synthesizes these myriad perspectives, proposing a set of key ideas central to understanding the future.

This book completes the study of future consciousness begun in its companion volume, The Evolution of Future Consciousness. These two volumes, rich in historical detail and concise observations on the interrelatedness of a wide range of interdisciplinary topics, are a significant contribution to the field of future studies and a valuable resource for educators, consultants, and anyone wishing to explore the significance of thinking about the future.

Tom Lombardo, Ph.D. is the Faculty Chair of Psychology, Philosophy, and Integrated Studies at in . He is a graduate of the of and the of and a graduate fellow of . He has served as the Chief Psychologist and Educational Director at , the Dean of Forest Institute of Professional Psychology, and the Chair of the Psychology Instructional Council at Maricopa Community Colleges. His book The Reciprocity of Perceiver and Environment is the best selling volume in Lawrence Erlbaum’s Resources in Ecological Psychology and has been translated into Japanese.

Dr. Lombardo is an award-winning educator with over thirty years professional experience. He has supervised college faculty, designed innumerable college courses, as well as complete undergraduate and graduate programs. His disciplinary background is very broad and highly integrative. Aside from psychology and philosophy, he has extensively studied intellectual history, evolutionary theory, cosmology, the philosophy of time, science fiction, and most recently futurist literature, ranging from the future of science and technology to the future of human society, culture, and religion. He has worked in academic, clinical training, and mental health settings, and is well versed in theories and practices of human growth, personal development, and self-fulfillment.