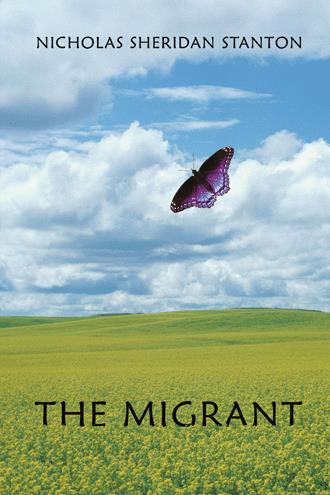 (“Delight yourself in the Lord; And He will give you the desires of your heart.”…Psalm 37:4)

This summer I will celebrate my fifty-fourth birthday, not old, not really, but feels like old at times. As I sit on this porch, rocking in this comfy chair that my wonderful wife gave to me for last year’s birthday, and listen to the roar of the rushing river below, I find myself in a reflective mood today, and feeling rather chatty. So yeah, maybe I’ll take advantage of this lazy Sunday afternoon and share with you a story. Maybe this would be a good time to tell you about how I got to here from there. Maybe this would be a good time to retrace the steps I took along life''s narrow path to the happiness that I never knew existed, much less ever hoped to realize. So, let''s see, where should I start?

The nineteen sixties was a decade when we were encouraged to believe anything was possible. When we were challenged as a nation to “ask NOT what your country can do for you, ask what YOU can do for your country.” When we were told to reach for the moon, literally. It seemed like forward was the direction everyone and every group was moving in. At least the decade started that way. Then, one by one the leaders of most of the movements for change and social evolution disappeared. More accurately, we killed them, or jailed them, or ignored them. The Kennedy’s, Dr. King, Malcolm X, Eldridge Cleaver, Cesar Chavez, Eugene McCarthy, and a dozen or so others. The sixties ended with the country at war on two fronts, overseas with the communists, and at home with each other. Young and old alike became jaded and escaped into self-pity and self-indulgence, and voila the seventies were born.

The nineteen seventies were the decade of discovery. The nation discovered that we were not invulnerable. We learned that in order to rebound we had to hit bottom. We lost a war, a President, scads of business and industry, and our innocence. The one thing that we didn’t lose was our stubborn need to preserve our dignity. No plan was too risky, no change too drastic, no leadership too corrupt, as long as we came out ahead.

And with that resolve we marched into the eighties, the decade of rebirth. With a strong new President and a tough as nails attitude, the nation gave notice to the world that we were out to kick ass and take names.  But at what cost, true family values, basic ethics, or the soul of a nation?

These were the times in which I came of age. And although they were decades of amazing events and historic changes, it would be the heart of one young woman, a mere child, that would inspire so many of us, and restore hope to a shallow people. As I tell this story you may find yourself thinking, I know of this girl, I’ve heard this somewhere. Perhaps you did, after all, it is said that the God of all people is omnipresent. And if that is so and you happen to believe, even just a little bit, then maybe you did, maybe we all did... 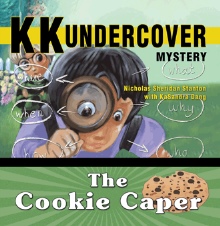 Family, say it slowly with me, family…

It’s a word and a half word. It rolls off of the tongue easily, yet leaves an after-taste that is both sweet and bitter. It is the common denominator that defines us. We all have one. We’re all linked by birth to at least two others. We spend our lives running to and running from the safety or confines of this uniquely social phenomenon. We live and die for those to whom we are connected within this format. No one is excluded from this formula, not even in death, as we are all related within this family of man.

Meet Tina Lopez who learns early in her young life how large a family can become when there is much to offer, when there are gifts to share. How do you stay humble when you have what no other has?  Then Ethan Kelly who will journey far to discover what he has always known. And KC Littleton who proofs the old adage,  “be careful what you wish for.”

The path they take on their way into one another’s lives is almost too fantastic for fiction, but then remember, I said almost. From one coast to the other, to the far side of the globe, the experiences chronicled within these pages will tug hard at your heartstrings. You may come away from this story with a new appreciation for the three ‘F’s,’ faith, forgiveness, and family.

In the end, I hope that you feel compelled to pick up the phone and call someone near and dear, just to say you were thinking of them. Share a quiet, or not so quiet moment. Talk to mom or dad, brother or sister, son or daughter, reconnect, re-enforce, and reassure.  The things that we collect in life can be bought or sold. It’s the people in our lives who are the treasures kept safely stored in our heart of hearts…family.

Nicholas Stanton is the author of epic fiction. A writer by first choice, he spends his time observing and living life as fully as possible within the confines of a work-a-day world. Once these experiences have aged suitably, he pitches them back to the rest of us via the stories he conjours within the imagination of a true dreamer.

"If death is everyones destiny, the only logical thing to do until then is to LIVE, and live as large as you can!"