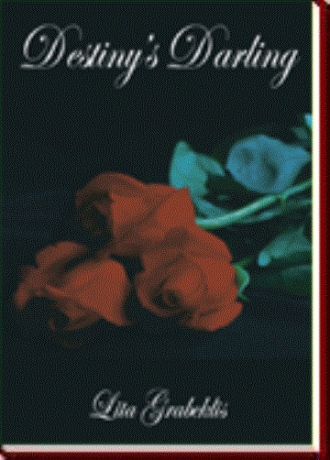 The wedding day came and the first guests started arriving. The house was filled with relatives who came from town already in the morning.  Alita rode a bicycle to town to set her long hair.  We started to prepare the room for the wedding ceremony. Loads of flowers were brought in from town.  Our many friends had sent them.  We made a small altar in one end of the room.

White carpet was rolled out...

Young people, supervised by Ernest, were busy building the wedding gate in front of the driveway and decorating it with garden flowers.  Alita came home excited and tired from the big rush.  She made last minute adjustments with her veil by fastening a little wreath on the top to it.  It was an old custom in our country...the wreath represented her chastity!  It was made from special soft myrtle tree branches.  Every girl grew a myrtle tree in her house, dreaming to be a bride, some day.

Then the time came to be dressed.  Aunt Stephanie and I helped Alita.  Her dress was long and beautiful.  A shoulder length veil was fastened at the back of her head, and the green myrtle wreath held it in place.  The veil was saved from Mother''s wedding.  There she stood in the middle of the room as lovely as any bride ever can be.  She looked happy, but all of us around her cried!  Horses, harnessed to the best Sunday carriages, were brought in front of the house, and we departed for the Catholic Church in town.  The bride rode in the front carriage with the attendant (not Daddy), who was to give her away in marriage. The groom rode with the matron of honor in the second carriage. All the other attendants and bride''s maids followed.  None of the guests went to the church, nor did the parents.  They waited for us to return and have the second wedding ceremony at home.

The front door was wide open and the white church carpet was rolled out.  All was still, and only when the bride entered the church, led by the attendant, the organ resounded with a soft music which seemed to be coming from the heaven above.  It became louder and louder until it resounded in Ave Maria.  The flames of the candles on the altar were flickering in the breeze, and the evening sun shone through the mosaic windows, reflecting on Alita''s white gown in rainbow colors.  The organ once again resounded very softly and the ceiling chandeliers were turned on.  Then Father Plonis walked in.  The whole wedding party assembled by the altar.  I stood last in the row and I could clearly see Alita''s face.  It was as white as a sheet of paper, and her big blue eyes were filled with shining tears.  She looked so very sad and so very beautiful!  She was holding her head high, taking a vow and giving one to love this man forever. I was standing and dreaming with my eyes open, and only when the priest asked Alita if she would take Vilis for her wedded husband, I heard her answering loud and clear, “Yes, I do!” Vilis''s voice was much quieter as he took said his vow.  Then they were pronounced man and wife; the time had come for which Alita had been waiting for since she was a young girl.  Was this Destiny...or human determination?  I wondered.

When we arrived back home, people waited for us by the wedding gate.  The bride could not enter through the gate before she paid for it.  Alita had many many different gifts and had them in her carriage.  She gave presents to all the young people who built the gate.

Next to the gate was Daddy standing with a wine bottle and a tray with glasses and Mother with cake.  The congratulations began and everyone was kissing the bride and the groom.  Daddy passed drinks around and Mother gave out cake.  Alita was happy and smiling.  She looked at me and winked.  After a short time the second ceremony started.  This time all guests were present, and everyone cried, I could not understand why.  There was something sad about this wedding, just as if we were losing Alita forever.

Destiny’s Darling is a beautifully told love story whose plot is intertwined with the history of , a small country in northern .  The story of Anita spans three generations beginning at the height of World War I before the fall of Czarist Russia and weaves through Latvian independence from 1918 to 1939 when the country was successively occupied by the Soviet Union, then Nazi Germany and then at the end of the war re-occupied by the Soviets.  Anita and her family fled from the war as refugees to the finding happiness after initial struggle and then her life ended on a profoundly ironic note.

The author reveals the experiences of a family that overcomes the challenges created by wars and by peace and the moral compromises involved in survival.  Anita is the core personality in the book and its primary narrator.  Her story is fast paced presenting a complex personality that rises above her situation that often presents morally ambiguous choices.

Lita Grabeklis was born in after that country first gained independence after World War I.  She grew up in an independent and fled the country as it fell into the hands of the Soviet occupation and lived through the liberation of by American forces in 1945 when she with tens of thousands of other refugees became displaced persons.  She emigrated to the with the support of sponsorship through the Church World Service where she completed her education with a masters degree in education and child psychology...  As a teacher she wrote stories for her students and eventually these led to the writing of the romance novel Destiny’s Darling .which was completed after her retirement.