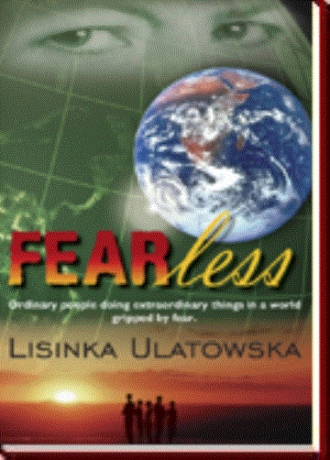 Fear is rampant around me, as I sit down to write. I want to fly away to a world of adventure and take you, my readers, with me. Our trip is to be like a good vacation: one that breaks with our everyday patterns, stimulates our creative juices, and returns us with a fresh zest for life, the desire to roll up our sleeves, get on with the business of living, and enjoy every minute.

I want our vacation to take us to a world where science serves the wellbeing of people, where psychological and spiritual expertise is applied to everyday life; and where the joys of being connected to people from every corner of the globe outweigh what now seem to be overwhelming challenges. In other words, I want to whisk you away to a place where the human heart can soar, even when it is confronted with fear. This fantasy world is not unlike our own. In fact, it already exists. It is that aspect of our lives where we, instead of running away, face our fears and thrive in the process. We all have the potential.

Wherever we look, we can find people who dare to face what they fear most and in so doing are able to achieve the extraordinary. This book was inspired by such people who overcame limitations, not unlike our own.

Fear has many faces. It can be a healthy reaction to danger, which evaporates when the danger is past.

Fear can also be connected to how we see ourselves in comparison to other people. Such fears of failure, of rejection, of living a life without meaning can undermine our relationships with those around us. These “psychological” fears have often been with us from such an early age that we barely know they are there. Such feelings affect how we live our lives and what we do and do not achieve. They can lead to withdrawal from friendships, burnouts at work or violent behavior.

When these fears unconsciously rule our behavior, they can prevent us from living life to the full. When we allow them to rule us, our behavior can infect our families, organizations, businesses, and even the well-being of humanity as a whole. For with fear in the driver’s seat, it is hard to make the most of life and help others to thrive, too.

Fear can also be used as a tool and a weapon to control other people. It fuels power struggles, conflicts, wars and dictatorships. It lies at the root of our raping of the environment and is responsible for myriad global problems. Just now, fear has led to a preoccupation with terrorism as a means to assert self and as a justification to usurp power. In our world, where boundaries are fast disappearing, individuals and groups are grasping for control.

In this novel, all these fears are seen as interconnected. They must be dealt with as a whole or else random chaos will take over.

In this novel, set in the year 2010, the fear epidemic is rampant in dictatorships and formerly democratic nations alike. I have mentioned those with a long democratic tradition by name to make the point that even these are not immune to a fear epidemic. Those countries portrayed with sweeping problems have been given fictitious names. It is not my intention to demonize any nation. Yet the atrocities described are daily occurrences in the year 2005.

It is also not my intention to demonize any people, whether political leaders, delegates at the U.N. or ‘ordinary’ citizens, no matter what the policies of their governments. At the United Nations, I have met so many brave men and women who have risked their lives by either leaving a government whose policies they could no longer support, or else continuing to work within repressive structures to try to change them from the inside.

The Holy Order of the Snake is wholly fictitious and so is everything mentioned in connection with the Snake. I stress: everyone and everything. I do believe that everyone contains the seeds of the full range of human potential.

The characters, which are described in this book, each struggle with fears of their own. Together, they face the challenge of disabling the fear epidemic, which has reached global proportions. These are people like you and I. In fact, although this book is fiction, both the characters and their actions are inspired by real people. Some I should like to mention here, for they are the rich fertile soil in which this novel could unfurl.

First, my thanks to Pamela and Buz Graham and Tomek Ulatowski whose generosity made it possible to take time off to write this book. They have accompanied me for most of my life’s journey. Each contributes to the well being of large numbers of people. In addition, Buz helped me with many of the medical details. Many thanks also to Ruth and Robert Motz, my adopted parents, and my friends Lung and Wayne Ogle for their generosity. Lung also painstakingly proofread the whole manuscript with, in the latter stages, ’s input. I am extremely grateful to Terry Burke who meticulously and tirelessly toothcombed the manuscript, spending hours brainstorming with me to find the most accurate wording or concept and making a host of wonderful suggestions regarding themes and style.

Fearless combines front-line scientific information about the nature of our universe with fascinating material addressing the deepest recesses of the human soul.  To be read and enjoyed by everyone keen on knowing what this world -- and we ourselves -- are really like.

This novel provides a harrowing account of how fear creeps into the lives of whole nations, taking over so gradually that it taints government policies and infects their citizens before they even realize it is there. Only the powerful drive to live and thrive can dispel it. But is the compelling all-win principle sufficient to stop the epidemic of fear that has most of the world in its grip?

The story opens in Maurice’s sumptuous mansion on the idyllic Costa Rican shore where we meet Bertram, author and business consultant, recovering from a burnout. In his wallet, he carries a newspaper clipping about the elusive Eliza. He longs to meet her. Little does he suspect how many lives will eventually depend on their ability to work closely together.

Here, we also meet Pim, a prominent systems scientist who, with his peers at the U.N.’s , seeks ways to halt the epidemic of fear.

Already fear is causing wholesale slaughter in the nation of Kukundu, gaining momentum in more than 100 dictatorships, and has almost imperceptibly secured a stranglehold on the “free” world. In the background lurk the Masters of Fear themselves, the Holy Order of the Snake, close to gaining control of our world.

When Mary with her crew of young people arrive at Maurice’s mansion, it becomes clear that there is still a chance to stop the fear epidemic, if they each mobilize their extensive connections with young people and activists worldwide.

As we experience the heights to which the human spirit can soar, we recognize the amount of power that is available to “ordinary” people to heal the wounds that fear has caused. The narrative leads us to people at every level of society, ranging from Heads of State to kids living in the slums, from representatives of NGOs working at the U.N. to people camping in the jungles fighting in the underground resistance; and we become acquainted with the tools that we, too, can use to break through the confines of fear. For there are frightening parallels between the fear epidemic set in 2010 and conditions we are living in today.

This novel has valuable insights for businesspeople, educators, statesmen and women and all people confronted with the challenges of living in to-day’s world.

It provides an anatomy of fear and its resolution--both profoundly complex and yet compellingly simple once you know where to begin.

Lisinka Ulatowska has a Ph.D. in Psychology. Since 1969, she has been associated with the U.N., first working for its Department of Public Information (formerly OPI), now as an NGO representative of the Association of World Citizens and the Institute for Planetary Synthesis. At the U.N., she co-founded and chaired an NGO Task Force on Financing. She has written among others: A World Citizens Manual (available in English, Dutch, German and Chinese); and the Year 2000 on the implementation of a self-financing World Marshall Plan. Fearless is her second novel, a sequel to Samenzwering Samenspel which has inspired an international All-Win Network, consisting of organizations and activists “with heart” who are helping humanity to transform into a durable global community in which all can flourish in their own ways.