The Road To Paradise 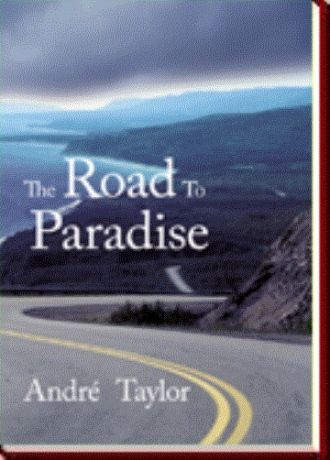 “Chow’s on deck.” I awoke startled by that consistent statement that was filled with a voice that changed everyday. I felt I heard that saying a thousand times in a day, and each day was a parallel line with forever. I knew that time stopped for no one, but it had a way of pacing itself when the passenger is in a jail cell. I thought about the other inmates-how they must feel-the ones that had never been to Hawaii and snorkeled in Honomu Bay swimming with blue, white, and yellow multicolored fish, or the congregation of Japanese tourists, the ones that had never been to Mardi Gras to see, the Zulu dancers the peacocks of the festival, the ones who could never say they blended in with the young and old dancing in a second line, and the ones who would never eat in Hollywood at the Dar Maghreb where there are Moroccan belly dancers who balance swords on their heads. At least I had my memories. They became so priceless I began to count them like money a wealth of experience and riches of adventure. I thought about Jose, the little Mexican boy who had just been convicted of murder and was facing two life sentences. I couldn’t even imagine the lifeless feeling of the only thing to look forward to are the days that pass.

This particular evening nightfall had an eerie tone and aggression was in the air. It was the weekend and we were all locked down in our cells without free time. The air was crowded with complaints and as the voices struggled for a leader, the air slowly freed itself. Two hours passed and the last voice faded into , and by , the sound of heavy sleep emanated from many jail cells. Resting on the rock of thought, I could feel the death of men’s desires for another chance at freedom, and then I knew; that too late was the graveyard for untimely learners. My sleep that night was chartered with the good fortune of a traveler passing by disaster on his way home, and my striving to move forward was in agreement with forgetting the past, because the memory of my past pains resurrected the pain within me.

The streets knew him as Gorgeous Dre in the Hughes Brothers’ documentary, American Pimp. The Federal correctional institute knew him as number 33599-048. Now as Andre Taylor, he shares his experiences and observations, as he takes you on an expedition through the fog of hidden truths that circle, on the road to paradise. The antidote to cure man’s blindness to God’s that speaks of was created through struggle and suffering. But both struggle and suffering are created by time’s delay to bring forth a happy ending and happy endings, we learn, are only perceptions that change as your outer layer is stripped, piece-by-piece in the process, as you walk the road to paradise. You will never see God in the same way again, but you will see Him. This book can give you the answer to what you always wanted to know: Is God real? Is He alive? Does He talk to man? Even though dim is the light on the actions of God’s Hand, André Taylor’s treatise on his walk with God, illuminates that shadow.

André Taylor was on his own at 16. He was ordained as a minister at age 18. He became a pimp at age 23–by 30 he was in Federal prison. Six months after being released from prison, he was invited to lecture at , which he accepted several times. He is now married, an entrepeneur and continues to lecture at college campuses. André Taylor lives in , where he heads his new movement, Streetsweeper Ministries.