essays and other humorous emissions 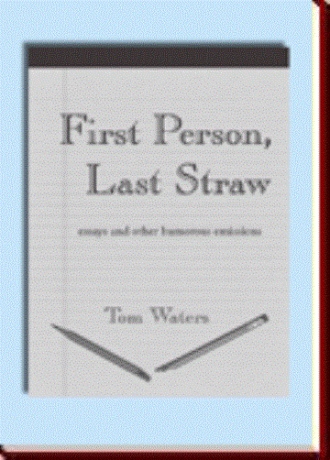 March of The Diapered Soldiers

To hear people talk about having children, you’d think they were discussing the latest desirable fashion accessory. “I can’t wait to have kids. He wants a boy, but I want a girl. He wants to have two, but I told him I won’t settle for less than eight.” Did you want the economy model or the super saver? Standard or automatic? Small infants horrify me in ways that Stanley Kubrick never could. I can deal with four years of age and up, but babies are a scary bunch. I’d like to have one some day, but I’m not racing to keep up with the Jones’ or anything like that.

Proud parents hold them out in front of your face and you’re just supposed to react to it. What do you want me to do with this thing? Give the baby the secret handshake? Hand him a gift set of scented soaps? Bask in his unmarked beauty? It’s not proper etiquette to go around shoving babies at other people unprovoked. They’re dangerous weapons, so you’d better be carrying a permit. Small children can projectile vomit farther than professional athletes can lob a javelin, so keep that thing at least twenty feet away from my clothing. They drool, spit, and make gassy noises around the clock. They produce odors that trump this author even after a night of whiskey, tacos, and curd cheese.

What makes me so anxious around children is that I don’t know how to react to them. They’re blank slates with their large, watery eyeballs and gaping little mouths, twisting around with no teeth in their head. If a grown man shuffled up to me in the street in down blue pajamas with slipper feet and drool coasting down the front of his chin spouting unformed vowels, I’d run screaming in the other direction. What do you want from me, baby? Couples must know this is the single man’s kryptonite! Or maybe they’re so self-involved and overjoyed with their new status symbol that they don’t recognize the sheer terror that their freshly spawned off-spring provokes.

Once they achieve up-right status, it doesn’t get any better. That’s when babies learn how to stumble at break-neck speeds and crash into walls, coffee tables, or anything else that gets in their way. They have little porpoise heads carved out of concrete. This is the only explanation I could come up with, as they can fall down a flight of stairs, bounce their skulls off large boulders, and still come out of it smiling and gurgling. If I chip my forehead off of a bookshelf it takes three weeks to get rid of the gigantic welt that springs up.

Maybe it will be different if and when I have my own. That’s a little miracle (or catastrophe of nature, depending on who you talk to) I can’t wrap my head around just yet. At 28, more and more friends are warding me off with their newborn infants. My generation isn’t in a mad dash to have children. We’ll get to it when we get to it. These are the career years, and I’d rather make money to provide for a little tyke first before shoveling pureed mush down the front of his or her pajama-suit or placing my kid in those automatic door-way swings and watching them catapult back and forth. On top of all of this, I’ve heard that it helps to have a girl-friend, wife, or significant other when you’re trying to have children. Maybe that’s why I’ve been unsuccessful so far. My friend Tony, who’s a year younger than me, just had his second child. A girl. I’m sure she’s adorable but I filed for a restraining order to avoid any unpleasantness. When she can talk to me without spitting up from fifteen paces, I’ll be glad to meet her.

Tom “father of the year” Waters 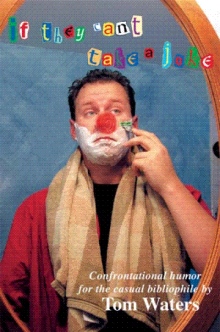 First Person, Last Straw is a collection of psychotic rants, pub crawls, and run-ins with the wrong kind of people.  Its tirades include: smoking, religion, dating, dining, infants, pizza, room-mates, cartoons, work, reality tv, 9/11, Dave Barry, driving, gaming and high school reunions.  Notable celebrity interviews  and reviews include: Opie and Anthony, porn star/one time candidate for California Governor Mary Carey, cartoonist Shannon Wheeler, cartoonist Jason Yungbluth and Bob Dylan.  It's the author's most offensive material to date, and will most likely be banned pending publication.  If you're holding this book right now, hide it in your shirt or it will be confiscated!  Plus there's some poetry, but not much.

Tom Waters is the author of three other humor collections (Born Pissed, Zany Hijinx and If They Can't Take A Joke).  His articles have appeared in Too Much Coffee Man magazine, Film Fax, The Buffalo News, ArtVoice, Night Life and Acid Logic.  He's been published in at least three countries that he knows of and lives in .  He''s currently eating a piece of cheese and working feverishly to complete his next book, If They Can''t Take a Joke.  He''s also performed his articles as stand up comedy on stage, on the radio and on street corners in front of quizzical passers by.  Most people have never heard from him or, if they have, would rather not associate with him.