A Mother’s Story of Love, Epilepsy, and Perseverance 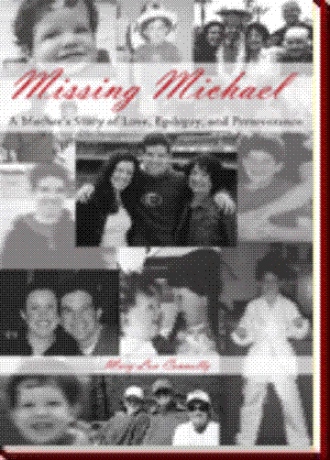 “Security is mostly a superstition. It does not exist in nature. Life is either a daring adventure or nothing.”  -Helen Keller

Halloween never meant much to me until I met my friend Anna. I could hardly dress my kids as hobos every year when she showed up with her children dressed in elaborate costumes that she, of course, had made herself. I never did master the art of whipping up a Snow White or Musketeer garb on a sewing machine, but I sure did learn to create the most horrific witch, vampire, and monster faces.

On , Meaghan was a witch for at least the third year in a row, and determined he would be a pirate. Whew! That one I could put together fairly easily. seemed a bit out of sorts that evening. Nevertheless, he got dressed in his costume and joined Anna’s children and others for trick or treating in the neighborhood.

Tired and heavy-eyed, he went to bed early. The next morning, I noted the spot on his chest, and a visit to the pediatrician confirmed that he had the chicken pox. His seemed a mild case; a few pockmarks on his body, a couple on his face and neck. I stayed home with my infectious child, and he seemed to be absolutely fine except for the red spots and developing scabs he had in a few places.

On night nine of the chicken pox episode, complained that the back of his head hurt right about where a scab was evident. He not only complained, he whined and cried, a behavior not consistent with his previous high pain tolerance. I rocked him in my arms for a time, and he settled into what seemed to be a peaceful sleep.

The following morning, was free of complaints and wanted to play with the neighborhood children. Since he was no longer contagious, we allowed him to play in the front yard with his sister and their friends. He was happy, calm, and appeared to be recuperating well from what I considered at the time to be a routine childhood illness.

Later in the afternoon, Barry and I sat reading in the family room, and was busy coloring at the child-sized table adjacent to it. Suddenly, fell from his chair. My immediate thought was that he had pushed himself away from the table carelessly and cause himself to lose balance. It became all too clear only seconds later, that we were witnessing another tonic-clonic seizure. This time, our almost five-year-old son lay on a hardwood floor, stiffening violently while we watched helpless and terrified. Every feeling of four years ago returned…Is he breathing? Will he choke? How long can this go on? What should we do? After a couple of seemingly endless minutes, the gasp for air and rhythmic jerking of limbs came, then stillness and minimal responsiveness to our pleading screams, “, can you hear us? , it’s Mommy……”

Though we were experienced enough to know that this time we did not need an ambulance, we still ended up bringing to the local emergency room. The on-call pediatrician noted that had no fever, nor did he slow any signs of encephalitis. He scheduled to have an electronencephalogram (EEG) the following day.

Barry and I were shaken. seemed just fine. We went about our normal routines pushing aside thoughts that this was more than a one-time occurrence.

and I went to Children’s Hospital for the EEG the next day. He threw up the chloral hydrate meant to sedate him, but managed to remain still for the electrode placement and head wrapping with gauze, and to sleep on demand for the EEG was normal and no further tests, procedures, or worries were indicated. We breathed.

Ten days after that episode, and I were in my bedroom getting ready for work and pre-school. I remember his outfit-cute Hawaiian shorts and an aqua jersey. He came partly out of my bedroom standing in the door jam. He looked directly at me, then his eyes moved in unison to the right. I knew then, what to expect. I ran to him and laid him on the carpet where his little body could go through the spastic movements of a tonic-clonic seizure without the danger of harming limbs or head. There was no need for paramedics or the emergency room. I looked, I waited, and I sobbed.

Missing Michael  A Mother’s Story of Love, Epilepsy, and Perseverance is the author’s moving account of her son’s struggle with epilepsy, its complications, and the effects of the drugs used to treat it. The story covers a time period of over fifteen years as the family attempts to maintain normalcy even as Michael’s condition and treatment often envelop him in a haze-like state. Michael’s parents are faced with the unenviable task of determining how many seizures are “acceptable” and how much drug is simply “too much.”

Michael’s condition over the years is wildly variable. There are moments, days, and weeks when he bears little resemblance to his gregarious, mischievous pre-seizure self. And while the family is grateful for Michael’s presence however he is, there are moments of pure joy when his true personality manages to break through the drug-and-seizure-induced fog. Occasional comments from friends and family such as, “Michael seems more like himself,” or “Michael seems so much more alert,” are indicative that others in his life miss facets of Michael as well.

In Missing Michael..., a mother lays bare her thoughts about school and health care systems, societal indifference, and the harm that results from lack of compassion and tolerance. She acknowledges the dedicated professionals who have helped Michael medically and academically. She applauds Michael’s strength of spirit and his courage and ability to overcome substantial obstacles. And throughout its pages, this mother’s story celebrates the bond of family and the power of love and hope.

Mary Lou Connolly, a registered nurse with over thirty years of health care experience, has authored many articles for publication in nursing and home health care journals. She has appeared on the series Frontline in a story about health insurance coverage, and she has testified before a congressional committee about the positive effects of home health care. She routinely speaks to professional audiences about health care issues, and she has spoken before a number of community groups about epilepsy. She is a member of the Board of Directors of the Epilepsy Foundation of San Diego County. None of the author’s health care experiences or professional achievements prepared her to be the mother of a child with a serious chronic illness. It was, she notes, a “learn as you go” experience. She has shared her story because of a desire to increase public awareness and understanding about living with epilepsy. Mary Lou lives with her husband Barry and children Meaghan and Michael, in Mar, .