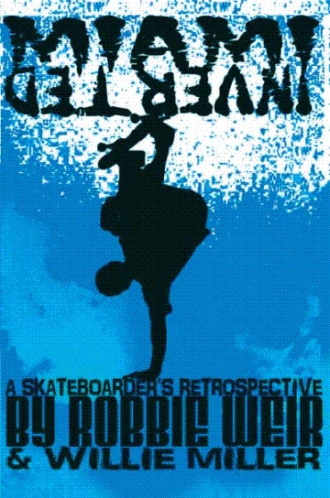 The date is . The time is when my cell phone begins to ring. It’s a buddy of mine from telling me that a plane had just hit the . As I turned the TV on to see what he was talking about, another plane flew into the second tower. Sitting there with my girlfriend at the time, and watching as this horror unfolded, I couldn’t possibly anticipate how this terrible tragedy would end up affecting the rest of my life.

Weeks later, I would be riding in the Soul Bowl with some of the top skateboarders from the past, including Steve Caballero, Mike McGill, Tony Magnusson and Lance Mountain, just to name a few. Fox Sports and World Cup Skateboarding put on the event. This series was set up for the legends of skateboarding, and was suppose to have been filmed in , but due to the events of 9/11, it had to be relocated to .

I would have been excited just to watch my old friends skate, but later that week, I received an e-mail from Don Bostick, the event organizer, inviting me to ride in the contest. When I read this, and read it again, and even re-read it after that, I thought my heart was going to burst. It was for me, like getting to play in an all-star game with the legends of baseball. I was so excited that I couldn’t sleep that night. The next day I went to in Ft Lauderdale, and practiced all day on the big vert ramp. I was 36 years old and never so stoked. The one thing I had going for me, was that over the years, I had continued to ride three or four times a month in order to keep my balance and my basic skills well honed, not to mention my sanity. Skating for me, was my release from reality, and my chance to forget those things that jammed my mind. After 16 years, I would finally get to ride again with the best of the best. My only goal was to have fun and hope to make the cut to the finals. This was a scenario that I had often dreamt about over the years, and in some strange way, it felt like this was my reality show, produced just for me in order to realize my long lost dream of competing again

Miami Inverted details the history of skateboarding in South Florida as seen through the daredevil eyes of Robbie Weir. From learning tricks, such as the layback air, frontside air and the ollie, to making friends with some of the premier Florida skaters, including Alan "Ollie" Gelfand, Monty Nolder and Dan Murray, Weir was in the middle of a new sport that would become one of the main pastimes for kids throughout the world. The book follows him through training, competitions, movie stunts and fashion shoots. Within the pages of this book, readers witness the rise of the sport as well as the way it creates community and offers kids another option to the dangers of the streets. A captivating retrospective filled with some never before seen photos and anecdotes, Miami Inverted details how skateboarding changed the face of suburbia and helped launch one kid from the Everglades to prominence. Simply put, its a skateboard story in a feel good book. With many twists and exhausting turns, it is well worth the ride.

Known as “The Burger King Kid” due to an infamous commercial he shot in his teenage years for the burger giant, Weir offers his take on the skating scene of  during the 1970s, 80s, and 90s. While Tony Alva, Jay Adams and Stacy Peralta were freestyling their way into infamy, Weir and his buddies were discovering their new found talent on urethane wheels. As a wide-eyed middle class kid who enjoyed “umbrella jumping” from the roof of his parents home near the Weir had an epiphany one sunny day while watching his new neighbor, Robert Rodrigues, performing his amazing skateboard skills. This began a new friendship which would unlock a passion inside of Weir that would change his life forever.