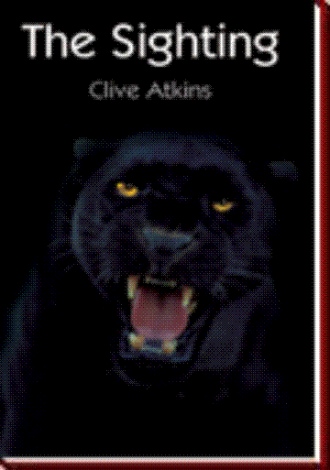 Symbiotic relationship of drum and base

Intergalactic interpretation of time and space

Class structure of society that’s in your face

A ghetto version of a sixties protest song

A poetic but aggressive righting of wrongs

Injustices and political overtones coming on so strong

Stereotyping and phobia do not belong

A protest rap worthy of a Dillon ode

A mode, a form, a storm, a heavy load

Outrageous, dynamic, but never middle of the road

Like it or not it has something to say

It’s generated from the heart of the young person today

From sub-culture and reality they effectively prey

With naive, compulsive statements they have their say

Eyes that glow as twilight fades

Summer disappears into an autumnal haze

Green leaves give way to a gold and crimson phase

This collection of poetry has something for everyone. Clive Atkins tackles everyday situations which we all experience and can relate to. He explores relationships, love and lost love, growing up, social injustices, environmental issues and the humorous side of life.

Clive’s musical influences can be seen in his Writer’s Forum prize winning poem The Rap and in the The Record Poem which consists entirely of song titles (see if you can identify the song title and the artist). The diversity of subject matter can be experienced in the humorous poem My First Car and Duckworth Lewis Strikes Again juxtaposed with the haunting composition The Sighting and Living On The Edge exploring the results of the young drug taker.

This book takes the reader on an enjoyable and diverse journey through serious and humorous modern poetry.

Clive Atkins was born in 1953 in , Buckinghamshire. Like a lot of people in his family worked in the chair making industry, his father being a chair maker. He had a happy childhood with his mother and father and younger brother and lived in a council house in the Micklefield district.

His early school days were difficult as he found watching the magpies in the woods from the classroom window more preferable than studying his reading. Football and cricket were also great passions, which have continued to this day. In his senior school days at and later at

Clive flourished and had a number of poems published in the school magazine.

Clive progressed in a business career and has done well but his great love other than sport has been the written and spoken word. He has written lyrics and songs and likes provocative subject matter. His lyric writing has progressed into poetry and he has had numerous works published in anthologies and magazines.

Clive likes to write about life situations and how they affect people. He likes to explore relationships, love, growing up, social injustices, environmental issues, but also has a sense of humour, which comes through in a number of his poems.

His influences are drawn from various modern forms, but music has been a major force, The Kinks, The Jam, Sting and Billy Bragg. His humour is influenced by Spike Milligan and John Cleese and Sir John Betjeman, Roger McGough and Pam Ayres are poets he enjoys reading. Clive tries to avoid influences wherever possible to maintain spontaneity and originality.