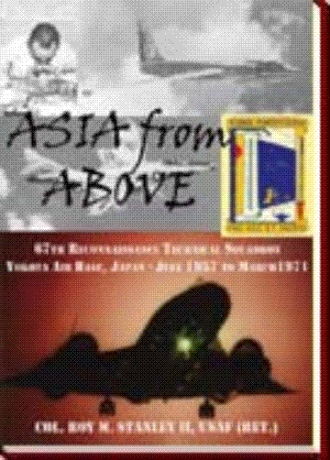 Hot Damn!  This time we were really going “first class.”  Eastman Kodak, IBM, the hottest plane in the air (the CIA’s A-12), full support from the NRO, and a relatively free hand to get the job done—it just doesn’t get any better than that!

Our Photo Interpreters had an excellent reputation so the 67th RTS PI operation was approved for “first phase exploitation” of Black Shield (BX) by the NRO.  We knew the target area like the back of our collective hand and had built the finest PI Support system in the business.  The computer operation was so unique there was no yardstick to measure what we were capable of delivering.  The 67th RTS Photo Lab got the most detailed “going over.”  If the Lab couldn’t “certify” for processing the Original Negative it wouldn’t matter how good our PIs and computer operation were.

On the 67th RTS was recertified as Overseas Processing and Interpretation Center-Asia (OPIC-A) and assigned responsibility for the Black Shield mission.

We were ready for what people inside and out of the 67th have come to believe was our greatest and most rewarding challenge, and for which we received an Air Force Outstanding Unit Award.  Over the next ten months we worked 24 BX missions.  We also exploited 259 Giant Scales, 39 Church Doors, 260 Giant Dragons, 60 drones, 100 Commando Clinch Soviet peripheral missions and 12 missions of Commando Clasp, Food Fair and Commando Look covering coastal , and Communist China.  On top of all that we came up with innovations in reporting and automation that made us the leaders in the business.

What a time THAT was!  All accomplished with an assigned strength of 19 officers and 174 enlisted personnel, an available work force on any given day closer to 155 people.  No wonder the 67th averaged nearly 2,000 hours of overtime each month during this period.

By mid July 1967 the CIA had enough BX coverage to believe there were no surface-to-surface missiles in .  The mission emphasis shifted to support of forces in .  This meant “first read” photo interpretation would transfer from NPIC to us.  In early September a “special mission” aircraft arrived at Yokota delivering to us the “one of a kind” EK Blaketron Film Titler specially modified to print the alternating frame titling needed for the unique format of the Black Shield camera and film.  We knew the next mission was ours.

Talk about excitement.  Those in the know were wound

Brave men in exceptional aircraft risked overflights of “denied territory” to bring back rolls of aerial imagery, but that was only half their task. The personnel of the 67th Recon Tech Squadron finished the work, flawlessly processing the film to preserve its content, and expertly analyzing every inch to extract intelligence on changes to known targets and to discover new threats. Then we had to get that information to strike units and decision-makers quickly and in a form they could use efficiently.

This book relies on newly declassified documents and accounts of more than forty people who were there to tell the history of those technicians and that process during critical days in a critical theater of operations.

Colonel Roy M. Stanley II served in the USAF Intelligence for 27 years, holding positions on the Air Staff, in Pacific Air Forces, the Strategic Air Command, and with the Defense Intelligence Agency. He had assignments in , , and , and worked in Air Defense Analysis, Combat Intelligence, as Chief of an , and was an early innovator of computer assistance to photo intelligence. His deepest interest has always been aerial photographic interpretation and this is his fourth book on the subject. He remembers his two four-year tours with the 67th RTS as some of the best, most challenging, most exciting and most rewarding duty of his career. Colonel Stanley lives near .