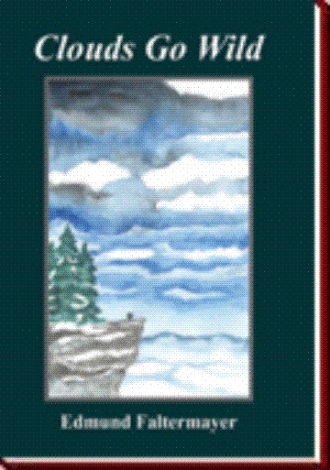 These words hardly began to express what snow meant to a kid who had waited and waited for it. Snow was a thousand different pleasures.

Snow was the cushiony stuff you could fall on without getting hurt, as Roderick did for pure pleasure the next morning. Landing on his back, he would lie for minutes on end, watching his breath and squinting in the bright winter sun.

Snow was a symphony of special sounds — icicles dripping, tires spinning, shovels clinking. All that afternoon, people were busy clearing sidewalks, Roderick and Brad included. Normally quiet streets were alive with the shouts of neighbors who rarely met face to face. They complained about the frightful weather, but Roderick noticed that their voices were full of cheer.

Snow was war and peace: giggling snowball battles by day and incredible quiet at sunset. Hardly a car or pedestrian was seen as Roderick and Brad tramped home from the day’s shoveling, their pockets full of crumpled bills. Tall, bare oak trees were etched against a cold pink-orange sky, and the smell of log fires promised a lazy evening before the television set. As he stamped his feet in the kitchen, where dinner was steaming away, Roderick was sure of one thing: Right after a new snow, life is as close to perfect as it gets.

Sixth-grader Roderick Ringley has an obsession. He loves snow and can’t get enough of the white, fluffy stuff. Happiest when he is cross-country skiing or clearing neighbors’ pathways, Roderick wishes winter and the wonderland it creates would never end.

When he stumbles upon an ancient Native American powder that holds the power to manipulate the weather over his hometown, Roderick thinks he has found the answer to his prayers. To Roderick, it’s impossible to have too much of a good thing. Or is it?

Set in the late 1970s, Clouds Go Wild is a timeless story of youthful ambition and hard-won lessons. Imbued with humor and sprinkled with colorful characters, it is a novel that young readers won’t soon forget.

Educated at Haverford College and Harvard University, Edmund Faltermayer practiced journalism for nearly 50 years, primarily as a staff reporter for The Wall Street Journal and as a writer and editor for Fortune magazine.

At the Journal Faltermayer covered the Defense Department and reported out of Germany and the former Soviet Union as a foreign correspondent. Upon returning to the United States, he was appaled by the filth of New York City, venting his outrage in a series of Fortune articles that grew into a book, Redoing America, published in 1968.

Faltermayer also wrote on personal finance, industrial competitiveness and the health-care crisis for Fortune. Though he retired from Fortune’s full time staff in 1994, he continued as a contributing editor until shortly before he died in 2003, at age 75, of complications brought on by ALS, also known as Lou Gehrig’s disease.

Faltermayer’s long-held dream was to publish a novel for children. Inspired by his son Steven’s obsession with snow, Clouds Go Wild was completed in 2001. All proceeds from the novel benefit ALS research.