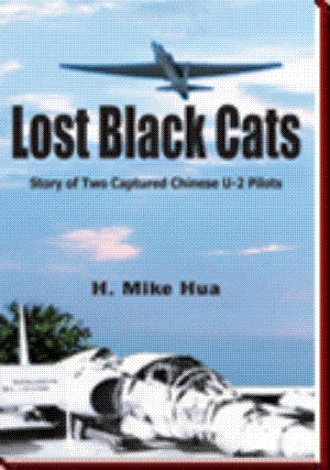 After cleaning the wounds on Maj. Yeh “Robin” Changti’s legs and hips, applying some antibiotic ointment, and covering them with bandages, the nurse told him that he would be discharged from the hospital that day. The message made him suddenly aware that he would soon face an unknown environment, maybe an intolerable one. He could not help to ask the nurse:

“Do you mean I can leave the hospital today? But where will I go?”

Yeh did not know any person in the Mainland. He had no money. He did not even know where he was at this moment.

“I don’t know. The People’s Liberation Amy (PLA) will take care of you.” The nurse answered sharply.

Yeh, a military pilot of the Republic of China (ROC) stationed in , on , had flown a U-2 photoreconnaissance airplane from Taoyuan air base and penetrated the bamboo curtain deep into the northwestern provinces of the People’s Republic of (PRC). On the way back when he had the coastline of southeastern Mainland in sight, he was happy to have almost accomplished this nine-hour mission. It only took another forty minutes to reach the and be free of the enemy ground-to-air missile threat. Suddenly, the radar warning receiver on board, System 12, sent a high-pitched signal to his headset and a light strobe glowed on the two-inch indicator. It alerted Yeh that missile guidance radar had locked on his aircraft in the strobe direction. He had to execute an evasive maneuver immediately. He had successfully evaded the first SA-2 missile, but the second one tore off his right wing and exploded.

He vaguely remembered pulling the D-ring to open the parachute after diving through clouds and seeing the ground, and then made a hard landing in a dry rice paddy. He could not remember anything after that. When he regained his consciousness, he found himself in a hospital. A doctor told him later that he had passed out because of excessive bleeding. Major surgery had removed fifty-nine major pieces of missile fragments from his lower body, and together with a large blood transfusion, saved his life. Many smaller fragments still remained in his body, which might require further surgery in the future.

The nurse helped Yeh to put on a cotton-padded Chungshan suit, first worn by Dr Sun Chungshan (Sun Yatsen), the leader of Chinese revolution in 1911. Renamed as “Mao suit” after the Chinese Communist Party (CCP) took over the Chinese Mainland, Chairman Mao Zedong and his followers wore them all the time. The faded blue color around the collar and cuffs showed someone probably had worn this suit for quite some time before he died in this hospital. Yeh had no choice as he had almost no clothes of his own.

The U-2 is a fragile high altitude reconnaissance airplane. It can cruise above 70,000 feet. Pilots depend on pressure suits for protection, or they would die instantly in the thin air, as blood vaporizes like boiling water at that altitude. The pressure suit worn by U-2 pilot in 1960s were very tight and could hardly be put on without assistance. It had no room for any kind of clothes worn between the suit and body skin except one layer of long johns. The missile explosion had torn all Yeh’s clothes, and the only thing left for him to wear was a pair of damaged boots.

On , a U-2 was shot down over and its pilot, Gary Powers, was captured, followed by Premier Khrushchev using the long-waited summit meeting in as a public platform to denounce intrusion on Russian air space and to demand an apology from President Eisenhower. All these events made U-2 a world-renowned spyplane.

This extraordinary high altitude reconnaissance aircraft had also been used over China and her vicinity. A US-ROC joint entity (Black Cat Squadron) was organized to conduct the operation from Taiwan for fifteen years. Five U-2s were shot down by Communist surface-to-air missiles. Two of the Nationalist Chinese pilots survived the missile explosion, yet were severely wounded, and then captured by the People’s Republic of (PRC). They were incarcerated and harassed for almost nineteen years. They lived through the notorious Cultural Revolution. Their loving families in Taiwan were ruined. By the time these two miserable pilots were permitted to leave the PRC, their loyalty was questioned strongly by their own government in >Taiwan. Then they were entangled in the psychological warfare between the rivalries across the Taiwan Strait. Finally they were allowed to return to Taiwan than a quarter century later.

H. Mike Hua served as a military pilot in for fifteen years, including five years as a U-2 pilot. He earned a Ph.D. from and then worked for the aircraft industry afterwards. His honors include a Distinguished Flying Cross from the US Air Force, the Outstanding Aerospace Engineer Award from , the Engineering Medal from ROC Society of Engineers, and many medals from the ROC Armed Forces. He had published two books, Story of Yunhan and Sky of Fighters, in Chinese, and many technical and non-fiction articles both in Chinese and English in various journals.