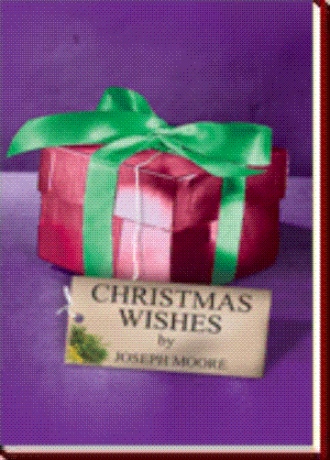 With a sad grimace he began to look for the price tag, but the young woman stripped him of the jacket, cradling it in her arms. On top of it she placed the shirt he had been looking at.

“It looks good, and this shirt will go with it okay. The pants look a little big, but we’ll get you a belt; and you need a tie.” She was off again before he could protest. That twenty-dollar bill in his pocket was feeling smaller. The young woman returned quickly, holding a red paisley tie up for inspection.

“Hey — this remind ya of the Sixties? I got some socks and shoes too — what size are you?”

She peered into a dusty pair of black dress shoes, “Hm, these say eleven, but try ‘m anyway. The leather shrinks when they sit on the shelf.”

The homeless man began shaking his head. “You know, this is all very nice, but I don’t have enough…”

“Don’t sweat it,” she stopped him. Gathering the new ensemble in her arms, she turned away. “I’ll be right back,” she called over her shoulder.

Donning the familiar smelling coat that had been laying at his feet, the man cocked his head to see if his shopping cart remained where he had left it near the rear entrance. He fingered the money in his pocket again, and began to feel doubtful. Convinced that his reach was exceeding his grasp, he was about to make a quiet departure when the young woman blocked his exit. She presented him with a large brown paper bag containing all the items she had picked out. The man grimaced.

“Merry Christmas.” She pushed the package into his shaking hands, adding to the gift the most genuine, beautiful, friendly smile he had been offered since the Carter administration.

The homeless man began to stammer and stutter a refusal, but she held up a hand to silence him.

“Please, my dad’d never forgive me — yer a fellow vet.”

She smiled and cocked her head. “Yeah, in a way.”

He offered her his hand to shake. “This is amazing. Thank you.”

She followed as he walked out the door. “Hey, same to you! Thanks again — and thank your dad for me!”

And she would, the next day as she shared their traditional Christmas beer, at his graveside.

The cracks and crevices of the sidewalk rattled and vibrated the shopping cart, adding to the shake that Tony’s hands were creating on their own. He could not tell how much of it was from excitement and how much was from alcohol withdrawal. The tremor worked its way up his arms, through his shoulders and straight to his head. Gradual sobriety and his thrill over the new suit of clothes fomented a heightened sensitivity. The holiday crowds and traffic began to overwhelm him.

The snow finally began to fall, and he stopped just long enough to zip his coat up as far as it would go and to find the thin, tattered knit cap that offered limited protection from the elements. He had a long walk ahead.

The first layer of snow was already up to four inches by the time he reached the shelter. Outside, men in new wool blankets huddled on the steps to the entrance, sharing drinks from paper bags. Occasionally one would cackle or erupt with a string of profanities, but then quiet down just as suddenly. Tony looked up at the door, then back to his cart.

“Hey, buddy! I’ll watch yer cart for a buck.” The phlegmatic croak of a voice belonged to the toothless old timer who sat at the foot of the steps, nearly unseen in the darkness of the winter evening.

Tony looked at the cart, then back to the old man, considering things for a moment. A quick calculation advised him he had about three dollars worth of aluminum cans and glass bottles in the purloined shopping cart. He pulled out the few personal belongings it contained, then shoved the cart towards the man. 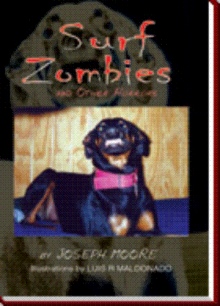 Short stories of adults who due to cynicism, commercialism and isolationism find themselves detached from the Spirit of Christmas. They’ve got the ‘Holiday Blues.’

Have they been expecting too much from the Christmas Holidays, or too little?

And what does it take to reconnect with the spirit of the season, and discover its true meaning? It can happen in response to a simple heartfelt gesture. Sometimes it takes being forced firmly but kindly out of our comfort zone. At other times it’s an alarming event that shakes us out of our slumber. Occasionally it requires the intercession of non-worldly guides.

Join the characters of Christmas Wishes as they shrug off the darkness that envelopes those who have, for a variety of reasons, armored themselves against the true Spirit of Christmas, and share their joy when they are once again bathed in its light.

Welcome Christmas Wishes into your home to take its place in your family’s traditions. The simple message will brighten your soul, and share its joy, not just in the Yuletide, but all the months of the year.

His father is generally considered to be Claude Hooper, an itinerant banjo player. Claude disappeared after depositing his seed into Eunice Moore of . A few months before the author’s birth Eunice was permanently blinded in the famous Sorghum Syrup Explosion of 1958. Joseph started training as a storyteller by keeping his visually impaired mother informed of the day’s events. Gradually he began weaving fiction into the stories, which took on suspenseful, sometimes frightening overtones. At the age of sixteen, his mother now dead from severe anxiety, Joseph began reading his original poetry at Tractor Pull competitions throughout the . His first published work, “...And the Mud Turned Black” (out of print), is a collection of these poems.