INSIDE A VETERAN'S MIND 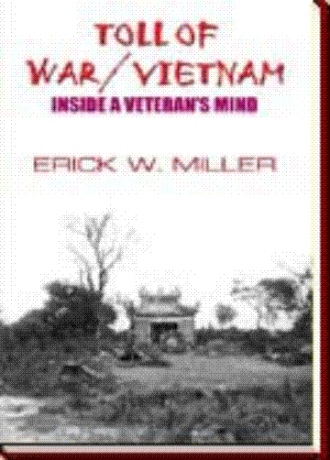 When the media took off the television and off the front page after TET of 1968, then briefly covered Hamburger Hill in 1969, they did a real disservice to those of us who had to serve there in the wake of all the troop withdrawals.  Fewer American targets meant fewer American casualties.  Fewer casualties didn’t necessarily mean it was safer.  Many people back home forgot the war was going on. Hell, it wasn’t on TV, so there couldn’t have been much going on, right? Bullshit!

Vietnamization didn’t really get tested until 1973 when ground troops were removed. Prior to that, Vietnamization was more of a housing and relocation deal for the ARVN’s. We’d build them a Fire Support Base. They’d move onto the hill and stay put, ignoring the surrounding jungle when they should have been patrolling. The NVA had plenty of undisturbed time to build some damn sturdy bunkers as well as tunnel complexes.

About ten years ago, I stopped at a friend’s tavern in where I went to high school. I knew the bartender was a Nam Vet. Two other men at the bar turned out to be Vietnam Veterans too.  After the “first” question was asked, the two men at the bar went on about how fortunate I was to have served in an easy year. Mr. Lupo, the owner, was also the bartender. He and I had served as grunts. He reminded his friends slash customers that they had served their tours at base camps inside the wire.

When it was established that I was an Infantryman, they were a little more willing to listen. I had to explain the whole troop withdrawal thing, plus the non-reporting of events over there. I asked them point blank if any had heard of Fire Base Ripcord or Hill 882.  Of course they hadn’t.  Then I asked if they’d heard about Dong Ap Bia or Hamburger Hill. Of course they had. I let them carry on a minute or two about the tragedy of Hill 937 known as Hamburger Hill.

When I told them that fewer men on and around Ripcord took considerably more casualties than Hamburger Hill, they were stunned. It got their attention. I had the endorsement of my older friend, the grunt tending bar. He knew I wasn’t prone to making up stories.  Before I’d left, I told them a thing or two about fewer men doing the same job against an ever-increasing enemy force of well trained NVA or North Vietnamese Army Regulars.

They weren’t used to hearing of squad sized elements conducting search and destroy missions.  Squads were only used in reconnaissance or setting ambushes from their recollections. Operating in squads was something we were forced to do early in 1970.  The soldiers who served there before us had done an excellent job of virtually wiping out the Viet Cong and driving the NVA into the hills.  All that meant was that we went deeper and deeper into the hills looking for them. Places that had been unsearched jungle until that time, turned out to hold some well concealed and heavily fortified base camps. One difference between 1968 and 1970 is that the enemy had two more years to dig tunnels and construct virtually indestructible bunkers.

My friend Travis experienced similar treatment. A man he grew up with was always laying it on thick about being there in 1968. Every one of us in 1970 was well aware of the casualties from in 1968. It was unarguably the worst year to be there. Still, you can’t kill someone who isn’t there and there were a lot fewer of us in the jungle by summer of 1970.  The ratio used to be 6 men in the rear for every Grunt. In 1970, it had deteriorated to 10 men in the rear to every Grunt. So, even though the troop strength was stated at “X” amount of troops, it wasn’t a very accurate representation of what went on outside the wire.

Back to Travis’ friend who was always chiding Travis about not being there when there was a “real war” going on. It turned out that the braggart had served his tour inside the wire.  Was it still dangerous inside the wire? Of course, but nothing like the infantry. We felt pretty lonely out under the canopy traveling in under strength Platoons and often operating in squads 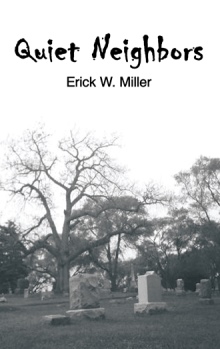 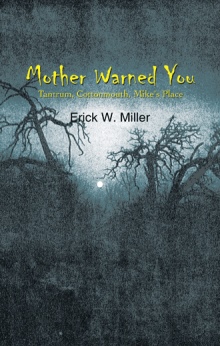 “Toll of War/Vietnam” is a first hand account of this soldier’s tour as an infantryman with B company of the 1st 327th infantry-101st Airborne Div. Screaming Eagles.  The text is comprised of several short stories with contributions from other soldiers of the 101st and one from an ex-marine grunt in .  It is written in a humorous light whenever possible though dealing with the harsh realities of day to day life as an infantryman in a jungle war.

Erick Miller has written well over one hundred short stories of the horror genre and several novelettes, plus one three part novel.  His next book out will be “Mother Warned You” which contains three novelettes titled: “Cottonmouth”, “Mike’s Place”, & “Tantrum”.

His Novel, “Quiet Neighbors” and his book of short horror stories, “Brief Scares” will both be published soon.

The current book, “Toll of War” will probably be his only military work as he despises military fiction.  Erick served as a Pointman in the infantry with the 101st Airborne in 1969 – 1970.  He has two children, four stepchildren, and his combined total of grandchildren  will number 14 as of September of 2008.  He remains happily married to his wife Mikki and resides in Apache Junction, Arizona.