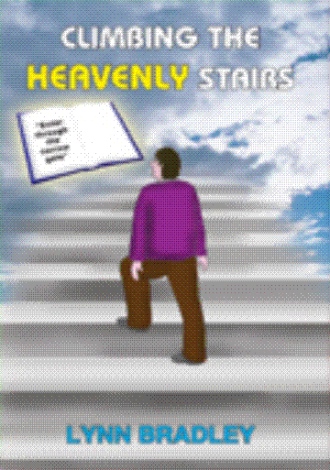 Faith is to the spirit as the eyes are to the body.  We see with faith.  It takes many forms.  It not only enables you to embrace an unseen God; it determines your whole outlook on life.  You have the confidence to try what you believe that you can do.  If you have no faith, you will fail to attempt the tasks necessary to become successful.   It’s difficult to attempt what you can’t see yourself doing, but you don’t know if you could succeed until you try.  Nat King Cole thought he couldn’t sing.  He made musical history when he tried.

Thomas Edison taught us a great lesson about achieving success in life.  He dreamed of creating the light bulb.  He planned, worked and failed, or so his friends thought.  He was not discouraged because he knew he hadn’t failed but had merely found things that don’t work. There are many skeptics because when success comes slowly, it’s easy to start believing in failure.  didn’t fail because his motivation was not what he saw, but what he believed.

Glen Miller had a dream of what he wanted his band to sound like.  He was not discouraged when he failed several times over a period of years, but kept trying until he succeeded.  He was not inspired by what his band sounded like, but by how he believed they could sound.

To fulfill a dream, you must plan and work to remove  the obstacles in the way.  The plan is called a goal.  Those without goals have no direction for their life and little energy.  The ones struggling to fulfill a dream have abounding energy because inspired living is energy giving.  The future belongs to those who believe in the beauty of their dreams. ‑‑Eleanor

You are not a failure if your project fails.  Making mistakes and having failures is a part of life.  You can accept them and learn from them or be bitter and give up your dream.  Failures are actually your training ground.  You can learn valuable lessons from them.  If you do, you can make them the stepping stones to your success.

We have a personal relationship with Jesus.  Though we all must follow the same steps to obey the gospel, the Lord often has different messages for each of us.  Jesus told Peter to follow him. When Peter asked about John who was following them, Jesus answered  “If I want him to remain alive until I return, what is that to you?  You must follow me” (JN ).  We are all different.  We have different abilities and opportunities.  In that respect we each have our own gospel.  He has different tasks for each of us.

Being in the presence of the Son of God is an experience that can never be forgotten.  His piercing glance could look beyond the outward appearance and examine the heart.  Everyone that meets him is shaken to the very core.  The rich young ruler was torn between following him and keeping his wealth (LK ).  After just one meeting with this word that became flesh, the woman at the well, told everyone she met “Come see a man that told me everything I ever did” (JN 4:29).  The light of the world blinded Saul and sent him to the ground (Acts 22-45).  Those who tried to trick him with their questions were answered so that they didn’t dare ask him any more questions (MT ).  Even the mob that came to arrest him and take him to a kangaroo court, drew back and fell to the ground at the sound of his voice (JN 18:6)!

Is it any wonder that this divine visitor could stir the souls of everyone that heard him?  He didn’t use flowery words or long descriptive phrases but got directly to the heart of the matter.  No one is ever the same after they meet him.  The ones that ignore him don’t know him.  You can’t know him and fail to be changed.  Even those who refuse to obey him are shaken.  Felix trembled as he learned that obedience to Jesus was his only hope to escape the coming judgment, but he put it off for a more convenient time (AC 24:25).  There is no record that he ever responded.  Due to the urgency of the Lord’s message, you are forced to decide whether to follow him.

This book is designed to answer questions about becoming spiritually mature and getting to heaven. The various denominations have different doctrines. This leads to much confusion. Since the only thing that counts is what the Bible requires, actual Scriptures are given.

Your concept of God determines how you serve him. This book will give you the knowledge you need to begin your spiritual journey and go on to maturity. It describes how to get the feel of your faith, how to set priorities, and how to fit in with your congregation. It tells how to restore your faith to be acceptable to the Creator.

The glorious attributes of the individual members of the Godhead are described, so that you can get acquainted with them, and build an unshakable faith. When you know the Word of God and the God of the Word, your faith will no longer shake with every fleeting doubt. It will be solid and reliable because it is built on a rock.

This book also answers questions about how to live. It discusses how to become successful in your endeavors and how to deal with failure. Having faith is more than embracing an unseen God; it determines your whole outlook on life. There is magic in believing because the Lord built you for success, and supplies everything needed. There is no conflict between your ability and God’s, unless you put your priorities ahead of his.

Mr. Bradley has spent the last fifty years searching for answers in Scripture about how to live a life acceptable to the Lord. Christianity is more than following rules. It''s about living life to the full. The Author was in the broadcast profession as an engineer. For several years he was also an announcer. When the congregation he was attending was between preachers, he took turns with another member to fulfill the preaching duties for several months. He has taught many adult classes in both the Old and New Testament. He is familiar with the entire Bible and is qualified to write by his spiritual knowledge. His insight compels him to write.