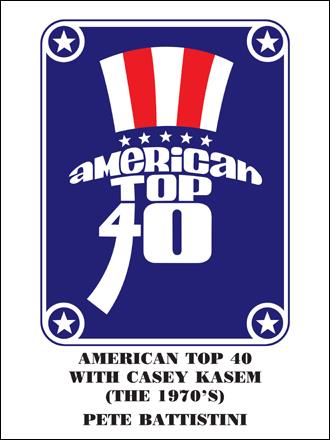 Beginning in July 1970, American Top 40 - the legendary weekly hit parade of contemporary music - was launched as Los Angeles renown disk jockey Casey Kasem counted down the USA’s biggest and best-selling records using the Top 40 from Billboard magazine’s Hot 100 chart. Kasem hosted the first show on the weekend of July 4, 1970 and continued as host - more than 18 years - for millions of radio listeners all over the world until August 6, 1988. The following week, disk jockey Shadoe Stevens took the reins and spotlighted the records and artists until the program ceased production with its last broadcast on January 28, 1995. But American Top 40, once again hosted by Casey Kasem, debuted on March 28, 1998. Due to a change administered by Premiere Radio Networks, Casey’s last AT40 broadcast aired on January 3, 2004.

With broadcasts that originated in Hollywood, AT40 was created by Kasem and longtime friend and colleague Don Bustany, the show’s producer for many years. Distributed and syndicated by Watermark Inc., Tom Rounds was the show’s executive producer. And any discussion of the show’s beginnings must include radio programmer Ron Jacobs who offered professional expertise, guidance, and the needed energy to bring AT40 to reality. In addition to Casey’s 1988 departure, the show’s 1995 demise, and its 1998 resurrection, there are many other significant milestones in its history, including the historic media merge in 1981 between ABC Radio Enterprises and Watermark. These scenarios are well-described in Rob Durkee’s best-seller American Top 40: The Countdown of the Century.

For the purpose of this text, however, references made to AT40 will concentrate primarily on the decade of the 1970’s.

The text that follows - from years of research in an unquestionable labor of love - originates from the author’s acknowledged admission as a devoted AT40 listener throughout the 1970’s. For those at Watermark who labored to produce a quality product every week, it was work. For the author, one of millions of recipients of that product, American Top 40 was a weekly habit of listening pleasure.

The book you are holding is divided into three primary sections. The first contains program summaries of nearly 500 AT40 shows produced during the 1970’s – from the first show on July 4, 1970 to the decade-ending special, “The Top 50 Hits of the 1970’s.” The second section provides an exhaustive and well-documented listing of every radio station with a program affiliation sometime between 1970 and 1979. And, in the last section, the author provides his own ‘enthusiast confessions’ as he pursued opportunities to listen to AT40 on the radio. Integrate countless illustrations along with quotes from the perspective of others and you likely have more AT40 information here than you will ever want to know. Nevertheless, it’s must-have documentation for anyone who considers himself or herself an AT40 fan. 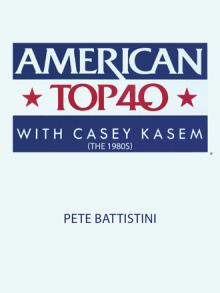 Long regarded as an expert of Casey Kasem’s American Top 40 radio program, Pete Battistini provides highlights and summaries of nearly 500 AT40 programs from the 1970s, along with a highly-detailed list of all subscribing AT40 radio stations. Peppered with various anecdotes and perspectives, he opens up his archives and offers more than 100 AT40 illustrations – memos, documents, advertisements, photographs, script cards, radio surveys and much more – to give a “Casey’s coast-to-coast” inside look at the America’s favorite hit parade. Finally, he provides his own ‘confessions’ describing how AT40 became a weekly habit.

For anyone who spent time listening to Casey Kasem’s countdown every weekend, here’s an opportunity to relive the music and stories of the 1970s.

Pete Battistini was born in Gary, Indiana in 1955. Thirteen years later he picked up his first radio station record survey – a Top 40 listing of WLS’ (Chicago) Hit Parade. This lead to a fascination with artist and music variety typically found in Top 40 radio and in Top 40 countdowns. In 1971, Battistini heard Casey Kasem’s American Top 40 for the first time and was instantly captivated.

He has accumulated one of the largest collections of American Top 40 memorabilia, including an AT40 promotional poster seen here that he obtained from former WICB (Ithaca, New York) general manager Gene Hallahan.

His enthusiasm for Casey Kasem’s radio show carried over into a desire to document AT40 program information, the 1970s in particular. Much of that data is presented in this text. Additions, changes or suggestions to this text are welcomed by the author.