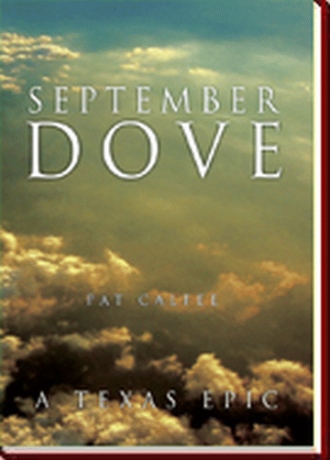 The young girl squinted her eyes as she moaned and strained. Farley noticed her dirty, bare feet and how she curled her toes in pain. One of the women took a rag from the pan and wiped the youthful, grimacing face, which was contorted in distress, and glistening with sweat. The other woman parted her legs even more and Farley gaped at the black nest of curly hair below her huge belly, and the oozing, bloody, slime seeping from between her legs. The cotton sack, the girl was lying on, was soaked with blood. The women spoke to the young girl, telling her what to do next. Farley understood everything, and was pushing right along with the girl. She had totally forgotten the box, the money and the time.  This was amazing, although she was beginning to feel light-headed and queasy, she just had to see how it turned out. The woman, who seemed to be in charge, a ‘mid-wife’ Farley guessed, having heard the term before, apparently knew all about ‘birthing’ babies. The savvy woman massaged the opening where all the slime and blood was coming from and directed the girl to push. Both women hummed a kind of chant between instructions. Farley asked about the chant and was told the vibrating sounds calmed the spirit during pain. Finally, after much moaning and several outcries, a little, wet, gooey head appeared, followed by the shoulders and then the entire baby.

Awestruck, Farley stared at the slimy newborn still attached to its mother by a thick, white cord. The women proceeded to slap the infant into crying, then they tied the cord with some kind of twine and cut the baby loose into its new world, such as it was. The young mother’s brown belly was still big, and lots of blood ran from her privates. The ‘doctor-woman’ turned her attention once more to her patient and forced her to spread her legs even more. After much massaging, she pulled out what looked like a big piece of skin and more blood poured from the girl. Without even looking up she mumbled, “Mucho sangre, mucho sangre, muy peligroso,  much blood, much blood, very dangerous.  Farley knew that wasn’t good. The women took a small flour sack and filled it with freshly picked cotton, rolled it up and stuck between the bleeding girl’s legs. Blood soaked right through, but no one seemed overly concerned. Hungry, disgusting flies swarmed the bloody discarded tissue, and buzzed in zigzags around the miserably uncomfortable girl and her attendants. The same flea-ridden dog, she had earlier fed a piece of tortilla, sniffed the air towards the bloody pan and rags, and the disgusting looking skin-like substance, but it was shooed away by the doctor woman.  Farley was absolutely drenched in a shower of thoughts, and sweat. Would the flies and the dogs share in the consumption and clean up of this mess?

Farley fell into the mud and squirmed further away screaming, “Oh God,...oh God.....Darr stop them or kill her I can’t stand it....I can’t stand it.” Distraught, she repeated her plea over and over.  She tried to stand, but slipped down and slid in the stinky mire, still facing Darr, the hogs and the suffering cow.

Darr picked up a log, which had been too large for her to pick up, and slung it at the aggressive hogs hitting one it squealed and ducked away momentarily. He then picked up a long stick and was poking at the hogs while the ill-fated cow twisted and bellowed in pain. The cow’s blood mixed with the mire, making red and burgundy puddles. Unable to get up she jerked her legs, quivered and made hideous noises, voicing all of her last will of survival. With the whites of her eyes rolled up in torturous distress, the cow weakly and vainly struggled. She made an exceptionally ghastly sound as the hogs ripped into her udder and guts. With a bloody snoot one huge hog snapped at Darr’s leg hitting his boot.

Nervously reacting to the dreadful scene and sounds, and sensing an aura of suffering, both animal and human, the horses whinnied and flailed around pulling their tied reins taunt.

Still kicking at the chomping, squealing and grunting hogs Darr struggled into his jeans pocket for the only weapon he had, a pocketknife. Fumbling around he finally got it opened and bent down over the bawling, gurgling cow’s head. Suddenly, Farley realized what he was doing, God, he was cutting her throat. She stuck her fingers in her ears so hard and tight it gave her an instant headache. With her fingers wedged into her ears she slammed her eyes shut. She scooted backwards, away from the scene and sounds on her muddy butt, shoving with her heels, over rocks, into cactus, tangled in weeds and still screaming. She kept her eyes tightly shut and kept her fingers drilled into her ears afraid to hear or see. She stopped her backward scramble only when she blindly encountered a tree. Gasping, she just sat there soaked in hog wallow mire, whimpering.

Some minutes later she felt Darr’s hands on her shoulder pulling her to her feet. She finally opened her eyes and cautiously unplugged her ears. She was visibly shaken. Darr was muddy and soaked in blood from the cow’s severed and spewing jugular vein. He pulled Farley to his broad chest and gathered his arms around her. He stroked her tousled hair and gently kissed the top of her head several times and whispered over and over, “I’m sorry baby,...I’m sorry...Damn sweetie, I never intended for this to happen.”

September Dove, a must read epic, begins in 1949 on the Texas\Mexican border.

Adhering to the times, and with a ‘fifties’ spin on morality and work ethics, September Dove is heartwarming, sad, and humorous. Written in a narrative style that is refreshing, painfully honest, and almost primal. Gripping human experiences and bare-naked emotions are artfully exposed. An endearing storytelling triumph, that includes seldom revealed, but accurate, history lessons, from the ‘wetback’ camps of the era, to the authentic practices of a working ranch.

Seen through the eyes of a young, eccentric girl, Farley Marie Sebastian, this story, has it all, unforgettable characters, a strong, thought-provoking plot, adventure, action and ‘soul-deep’ love. You will bond with these people, and you will laugh and cry.

Farley, a dusky beauty, is saddled with, yet strengthened by, her strict, ‘fundamental’, religious background. Plagued by many suitors, and due to a tragedy, she comes to consider her beauty a sinful curse, rather than a genetic blessing.

The author clearly has an amazing grasp of humanity and remarkable descriptive abilities. The dreadful camp conditions, and the brutal ranch practices are poignantly vivid. Humor, action and interesting people and settings offer genderless appeal.

She attended , , and writing courses at . Her private travels include eleven countries.  She is multi-lingual, English, Tex/Mex, Spanish and fluent Texan.

Pat has been published numerous times; her short story/essay, ‘The Epic Watchin’ of Lonesome Dove’, became a permanent part of the Southwest Writers Collection at , .

She has lived and worked with her husband/cowboy for forty plus years on a   working ranch. Her greatest contribution to the world is daughter Buddie Ann and granddaughter Stevie Ann, and no, her husband is not called ‘Bubba’, but close. Stay tuned.