...RESOLVING THE INFLUENCE - RESTORING YOUR TRUTH 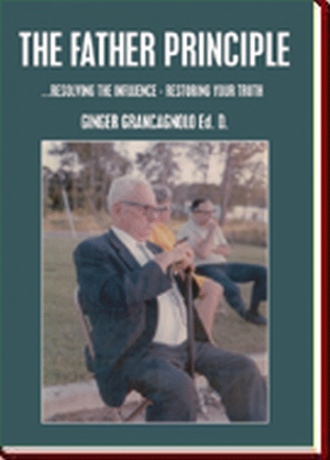 Chapter One: Who Is Your Father?

Who is this man?  What is he really like?  Did you get to know him, his feelings, dreams, strengths, weaknesses?  What did he do with his broken dreams, or his wounded heart?  Was he even there...physically, emotionally?  Was he fair?  Did you feel his love?

If you were to really ponder these questions, I’m sure your reactions would stir both positives and negatives.  And if you were to allow for your own deep introspection, you would probably see some similar characteristic of Dad laced into your personality fabric as well.  Then maybe you might say, “Well, what should I expect? That’s where I came from!”

If you were to see yourself merely from this psychobiological casting, you would be correct.  However, the premise here is deeper.  It is deeper than chromosomes and attitudes.  It is about the power of archetypes implanted in the inner conscious energy of the Life Force we constantly breathe

The archetype, as Jung conceived it, is a precondition and coexistent of life itself; its manifestations not only reach upwards to the spiritual heights of religion, art, and metaphysics, but also down into the dark realms of organic and inorganic matter.  Both Jung and ethology appear to provide some satisfaction for a fundamental human need...the need to perceive meaning, the need to comprehend.

A major archetype, then, is the father archetype.  Its principles can define how you relate to the world, how you perceive that the world identifies you.

It was in his 1909 paper that Jung first stated his opinion that the seemingly ‘magical’ hold and influence that parents have over their children was not merely a function of their individual personalities, or of the child’s relative helplessness, but was primarily due to the numinosity of the parental archetypes activated by them in the child’s psyche.  The personal father inevitably embodies the archetype, which is what endows this figure with its fascinating power.  The archetype acts as an amplifier, enhancing beyond measure the effects that proceed from the father, so far as these conform to the inherited pattern.

The inner patterns released beyond biology and circumstance shall be called the “Father Principle.”  In myths, legends, dreams the Father Principle is meant to personify the Elder, the King, the Father in Heaven.  It is the lawgiver of collective authority and the living embodiment of the Logos, a Greek word meaning his word is law.  In other, more poetic interpretations, Logos suggests the Divine Ordering factor of the Universe.

From this root meaning, several keywords illustrate the far-reaching dynamics of the Father Principle as it is observed in your everyday experiences.  The Father Principle in its male energy in all of us is assertiveness, responsibility, reputation, provider, creator-builder, government, military, clergy, CEO, guardian of status quo, bastion against all enemies, the high noon sun, phallus, weapons, patriarch, chronological time.  General of cause and effect, reward and punishment, he allows you to find law, orderliness, and to project, to do, out in the world.

The Father Principle is concerned with events of the tangible world.  It is focused on events that are approached, controlled, and modified through knowingness and an act of will.  It is not only about the father’s attitudes towards work, social achievement, politics, and the discipline to develop his children that forms you.  But more precisely that the Father Principle, as demonstrated through your father and father-figures, ought to have succeeded in freeing you from the security involvement with your mother in order to obtain the necessary autonomy for effective living.

I am clear that most Dads may or may not sufficiently create this awareness and suitable skills for life.  Fear not!  The magic still awaits you!  It is energetically embossed upon your soul through the power of the archetype. 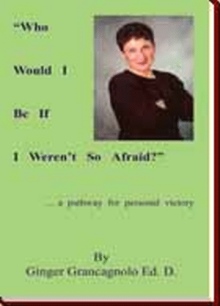 Have you ever noticed a certain something inside as you’ve casually said, “This is my father,” “Wait til you meet my father,” “Not my Dad” “He/She reminds me of my father”?

If you were to freeze frame those common moments, maybe you would hear your inner dialogue and notice a flash of feelings that you thought you didn’t have or that you finally remembered.

These moments can be so subtle, quiet and brief, yet their effects can profoundly linger.  These moments can transport you back in time as if you stepped into your childhood while looking at a family photo.  Sometimes this shift can be an oasis for the heart and a clearing for the mind.  And of course, an ordinary dad flashback can rip through your soul like an attacker’s knife.

The point to be made here is not whether your father tales are pleasant or painful, but rather that they remained, influenced, and shaped you.  An even deeper point is that there is a father Principle in everyone that is certain as the energy of Dad’s DNA, and that it was meant to teach you, stir you and empower you regardless of the quality of the relationship you and your father you and your father had – if you know how to feel it, use it and know it’s real truth.

This book is about releasing the hidden jewels your father relationship meant for you to inherit, and to give you a new choice about whom you can be.  Having been enriched by an innovative understanding about Dad’s genes, habits, and your relationship with him, you can become father to your-self; able to re-create you into the highest version of your highest vision through everyday circumstances.

The interesting phenomenon about this seemingly impossible miracle is that your biological father and/father – figures do not have to be aware of their influence in order for you to tap into the buried treasures all dads inherently give us.  The reason for this is the care of this work.  It is called the Father Principle.  The Father Principle is an energetic blueprint, embedded in the inner consciousness in everyone.  It is a major archetype.  An archetype is like a code or a bionic “chip” that holds pure facts.  The Father Principle “chip” carries every detail pertinent to the father universal law of energy.  This law gives guidelines about the power to go out into the world successfully, to be somebody and do something that may leave a signature of goodness in your name.  All of us are already “coded” to potentially to know this.  The relationship with biological fathers and father-figures “triggers” this potential and for better or worse, Dad strikes the chip.  What happens after that is up to each individual choice.

Good or bad memories, forgotten or blocked, this book invites you to take a remarkable journey; to perhaps laugh or cry, but mostly to rebuild and get into the world more powerfully certain of your-SELF than every before.

Ginger Grancagnolo Ed.D. is a dynamic lecturer, author and private counselor. Thirty years experience in the fields of education, psychology and theology has earned her many degrees and a sound practical approach in helping others towards self-assertion. Even her own personal victory over dyslexia has provided her with a wealth of grassroots knowledge in creating constructive strategies that unlocks the human and divine power that awaits within all of us!

Dr. Ginger has lectured throughout the country and has been a guest expert on many radio and TV shows, including Montel Williams and . Dr. Ginger has created many healing CD workshops and is the author of Who Would I Be if I Weren’t So Afraid?, The Father Principle and The Mother Principle. The driving purpose and focus in all of Ginger’s work is to release the FEAR that blocks and halts our TRUE ability to SUCCEED! She uses easy and simple tools that have served thousands of her students and clients to break free from these painful traps and finally become who they were intended to be.

Her personal goal is to help anyone who is ready to feel his or her true self worth again. She believes that by healing the soul of its deep and old wounds, everyone can finally feel the real love God has given them. She strives to assist individuals in reclaiming their divine rightful inheritance—TO BE SAFE AND LOVED! “If we heal the soul” declares, Dr. Ginger, “then we can lift our selves up in great joy. This will automatically serve everyone around us.”

Dr. Ginger’s approach is intense yet fun and light-hearted. “We were meant to be happy, so let’s get to it!” proclaims Ginger. Dr. Ginger continues to assist others through private sessions, workshops and her books. She is highly motivated and desires to make an impact that encourages everyone to reclaim personal value.

Dr. Ginger is an adjunct professor at in the Department of Education. She is also completing a doctorate in theology. The core of Ginger, her works, her heart and her ambition is best stated in her own words, “God gave us power. Big power! We need to use it! Then we will smile in our every day deeds because we will be living soul sized!”