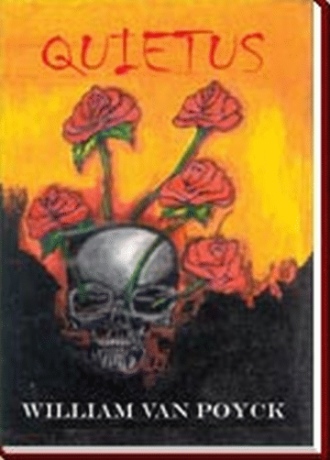 Standing still as a heron, dressed entirely in black, Danny listened to the water lapping against mangrove roots and the soft whisper of Australian pines swaying in the gentle breeze. The murmur of serenading crickets highlighted the silence and the occasional splash told Danny that the mullets were running. Heavy with moisture, the warm night air filled Danny’s lungs with the primeval smell of oozing mud and salt marsh. The moonless night swarmed with twinkling stars, a vast luminous carpet stretching away, suspended in a velvety sky.

Danny quietly paced a hundred yards up the trail, alert for others. Satisfied, he returned to his vehicle, checked his watch, then perched on an overturned 55-gallon drum. It was still too early. Melting into the dark landscape Danny listened to the stealthy scuffling of blue land crabs scuttling in and out of muddy burrows, their claws clicking softly like castanets. Silhouetted against the white sand a fat raccoon suddenly waddled by, then disappeared into a sea grape thicket. Stretching his legs, Danny settled back, reflecting on the work ahead. Directly across the dark water from him, glowing in the distance, stretched the long, narrow , an exceptionally wealthy enclave. Separated from , its poorer mainland cousin, by the , there existed only a handful of bridges connecting the two. was an old-money town of gated communities and guarded palatial compounds, with access tightly controlled. Strange cars were viewed suspiciously, strangers even more so. Following major crimes the police were known to raise the drawbridges to isolate the island, then conduct car-to-car searches. Yet Danny, who’d inherited the extreme gene, entertained no fear. As a youth, in some odd cosmic shift in consciousness, Danny had suddenly recognized death as a foregone conclusion...not in the abstract but as an unconditional fact, something that, somewhere in the gradient of time, had already occurred and already resided somewhere within him...and thereby gained his sure sense of invulnerability, his fearless certitude that in those heightened moments when he imposed his will, he could not be threatened by the possibility of death or harm. It was a matter of relinquishing fear and doubt, a matter of superseding death. Fear was the enemy. This perception gave Danny complete confidence in the power of his sheer force of will and bestowed upon him an exhilarating sense of freedom...an absolute freedom from fear. So far it had proven true. Now, convinced he had fate in his hip pocket, Danny stared intently at the incandescent island, seeing beyond the superficial...the verdant landscaping, luxurious cars, posh shops and opulent estates; what he saw, with a singular clarity, was a sweeping panorama of vast and tangled possibilities, as dangerous as a combat zone, as promising as Ali Baba’s cave. He was alive to its dangers large and small, but more alive to its opportunities.

Wily burglar Danny Sullivan, born with the extreme gene but increasingly covered by the darkness of fate’s lengthening shadow, determines to conclude his parlous career by heisting a priceless coin collection, enabling him to retire and marry his sweetly ingenuous fiancée, while still resolutely hugging his secret. The target, an enigmatic German millionaire, as reclusive as a badger, sits ensconced in his palatial Palm Beach estate, his big double-door Heidelberg safe bulging with promises...cash, gold, diamonds, emeralds, pearls, and mysterious amber artifacts...and a crushingly heavy burden of cloaked, malevolent secrets. . . . But Danny’s actions unleash a tsunami of unforeseen consequences encompassing the spectrum of the human condition...love, death, betrayal, greed, altruism, revenge...while illuminating a constellation of singular characters...robbers, smugglers, killers, crooked cops and corrupt lawyers...and painting a poignant portrait of a complex man doomed by his own flaws. . . . With his dreams inexplicably cratered and his life circling the drain Danny wrestles with his own warring impulses, clutching at his final chance for redemption. A mounting cascade of double-crosses, murders, ambushes and betrayals, simmering in an aspic of international intrigue, inexorably leads to the final denouement, one resonating with life’s timeless themes.

From his death row cell native William Van Poyck has penned a previous novel, The Third Pillar of Wisdom, and his autobiography, A Checkered Past. Van Poyck was sentenced to die for his felony murder conviction following his failed 1987 attempt to free his best friend from a prison transport van in downtown . During this incident Van Poyck’s accomplice, Frank Valdes, shot and killed a prison guard. When a raft of guards murdered Valdes in his Florida State Prison death row cell in 1999, Van Poyck was transferred to ’s death row, where he awaits his execution.