The Labyrinth of Vukovar 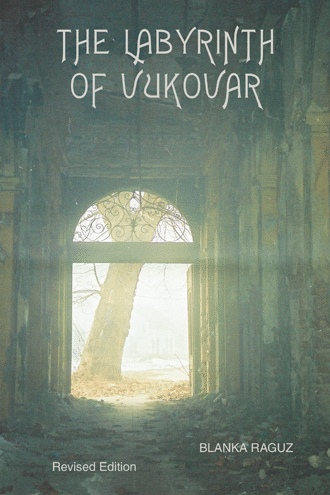 It was the first Wednesday in November. The day seemed like any other. More wounded people were brought into the hospital. Since there were no painkillers left, all amputations and surgeries had to be performed without the anesthetics. Heavy screams of the suffering that echoed through the hospital weakened the sound of detonations and shelling.

Some time around , a soldier with a badly wounded leg was brought into the operation room. His leg was to be amputated. Martina and a few other nurses held the man’s bouncing body during the procedure. When it ended, the man, still screaming from pain, was taken to another room. With a deep sorrow in her eyes, Martina watched him being pushed away on the movable hospital bed, allowing herself to breathe. She sat down on the chair in the corner of the room and covered her face with her shaking hands. Tears erupted from her insides, flooding her tired face. She doubted her own strength.

A few moments later came another emergency. My break is over, she thought and ordered herself to get up. Another war story was about to take place and settle permanently into her consciousness.

The next in line was a soldier whose uniform was drenched in blood. She froze when she saw the soldier’s face, immediately recognizing his hair, his wrinkled hands, and the grimness in his eyes.

The man laying on the portable hospital bed was soaking in his own warm blood. His eyes were open and gazing at the ceiling. His body was shaking. Drops of sweat came down his face; his skin as pale as death.

She grabbed his hand, whispering: “Dear... It’s me, Martina. Do you hear me?”

She called his name, but heard no response. He continued to stare at the ceiling with the same remoteness.

“Do you recognize me?” she repeated desperately. “Please, look at me.”

His eyeballs moved slowly. His lip stretched into a barely noticeable smile.

A team of doctors marched into the room and started preparing for the surgery. By the reaction on their worried faces, Martina could see that his injuries were serious. It seemed as if his life was hanging on a piece of an invisible rope and her hope was hanging with it.

“Hang in there, please. Don’t leave me,” Martina begged, holding his hand.

She heard no reply. No reaction. Just a weak squeeze of his hand that gave her enough strength to remain standing on her feet.

In the next moment, he fell into a coma. 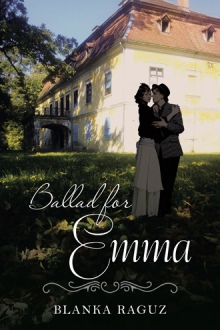 In this thriller about love, betrayal, and the price of revenge, Marta comes of age in Croatia shortly before the fall of communism in Europe. After the atrocious war in her homeland destroys her innocence and her hometown of Vukovar falls to the enemy, she is forced to flee. Left only with haunting memories and difficult questions, Marta tries to rebuild her shattered life in New York, but the unforgiving metropolis holds challenges far greater than she could have foreseen. There she finds the man she once loved and lost, and has to confront the ghastly events from her past. Trapped in a labyrinth of secrets and lies, Marta struggles to find a way out and return to the light.

Croatian-born Blanka Raguz holds a bachelor of fine arts from New York University, Tisch School of the Arts. Although she has long been a resident of New York, she maintains a lifelong interest in Croatia’s cultural heritage and history. The Labyrinth of Vukovar is her first novel.