by Mack R. May 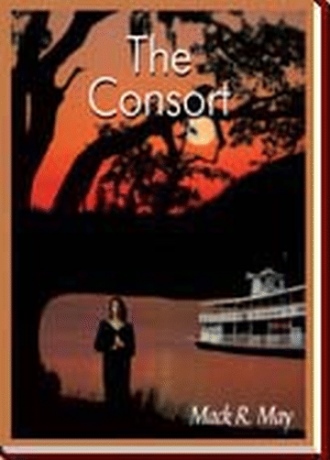 It was the , one of the oldest gals on the river. No, she was not pretty but she was functional. From an earlier time she had managed to outlive those other more elegant steamers by taking her time and letting time pass slow. This is how the intended for things to be, not rushed, just constant.

Her former captains had chosen to avoid attempts to set records. They had passed on the invitations from her more glamorous sisters to engage in races. She was content to let others have bragging rights and set records. Her measure of success was a consistent performance record of getting her cargo to its destination. As a reward for her discretion, she was still plying the river channels past the bones of her daring sisters, victims of their own carelessness. Boiler explosions and wrecks were their downfall.

Now this trip was just one more like the countless trips she had made to . In no hurry, she stopped at every port, eager to provide passage to anyone with fare and to carry any cargo that may need to be shipped down river.

There at her wheel constantly vigilant was Captain Julius, a man who had been on the rivers longer than there had been steam there.

As a young man, Captain Julius rode a keelboat down to and then made the long trek back to on the old Natchez Trace. Things now were tame compared to back then, when a man had to fight the river pirates all the way to Natchez and then fight the highwaymen and cutthroats all the way back to Nashville. He had seen his share of adventure and now he cared little for the glory of a fast run.

If you could catch him at a pub at the end of a run, you might get to hear amazing tales of adventure. Hours of stories he could tell you, with humor so grand that your side would burst from laughter and stories of suspense so powerful that your knuckles would turn white from clutching the arms of your chair. Grand stories to be heard. That is, if you could catch him after a few pints had eased his nerves and if he took a liking to you enough that he would loosen his tongue

Also on this boat was a younger lady. Sarah Lacey is what she would tell you her name was. She was quiet and alone. She had gotten on at and had one handbag for all her essentials. She kept to herself, just stood at the railing all day and appeared to be in thought about something. This was more than the curious John Boyt could stand. He was drawn to her like a fly to honey, and gave her considerable company when he was not on his watch.

“Why yes it is, Miss Lacey. See that river over yonder? That’s the Big Black. It empties into the and forms those big old whirlpools. When those waters mix, it causes turbulence that only Christ hisself can calm. It made this big lake here, too, and that is how the town got its name. They say that those whirlpools have swallowed small boats and haven’t even turned the victims aloose yet.”

In this story you will meet a young lady named Sarah, who comes to us timid and afraid. You will watch her grow into a strong, self-reliant woman who overcomes many hardships.

Also you will get to know W. H. Huckalby, a doctor who finds himself faced with issues of loyalty, religion, conscience, fate, desires, and honor.

The story takes place in . This thriving port town on the flourished between 1830 and 1856.  Flourished indeed, until the river washed most of it away. Today there is little left to testify to its splendor.  There is an old cemetery there, and in it are tombstones that bear witness to those who lived and died long ago. Several of those tombstones inspired the author to write this book. Though completely fiction, it hopefully will reflect upon and honor some of the tragedies and hopes that those early settlers of our country endured.

This story weaves around some enjoyable characters who will give you a fresh taste of southern charm and chivalry. Well seasoned with traits of loyalty, faith, honor, greed, vanity, deceit, courage, and the spice of gossip, you will come to appreciate their complex nature.

You will find romance, humor, tragedy, adventure, and inspiring tales in these pages, and in the end you will find yourself wishing that this book would continue on. Will it? …”Ye be careful what ye ask for, as to your amazement ye may just get it.”

An avid History buff, Mack R. May lives in Port Gibson, , a town rich with history and heritage.  His wife, Claire, is the administrative assistant at , It was this historical park and camp ground that inspired Mack to write this novel.

Mack was born in1951 to C. M. and Mary Lee May in . He joined the Air Force in 1971 and after his discharge in 1979, he moved to Port Gibson as a Nuclear Instrument Technician at Grand Gulf Nuclear Station.

How did he write this novel with his background? Good question! He wonders that sometimes, too. With no formal training other than the war stories he heard and learned to tell in the Air Force, he put together a fair tale for you to enjoy.

Today, Mack is a senior instructor at Grand Gulf Nuclear Station, a deacon at the First Presbyterian Church of Port Gibson, and he is father to daughter Rebecca, son Daniel, and grandfather to Ryker and Rayne.