The End of a Beginning 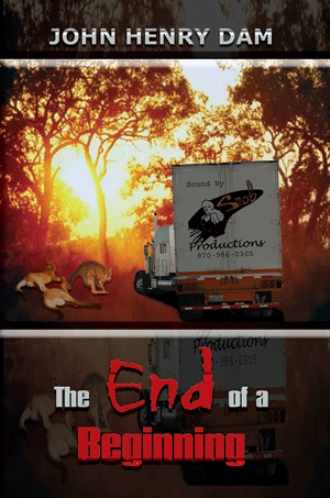 Love and loyalty the most wonderful emotions the world has to offer yet contributing to more financial ruination, broken hearts and once in a while the detonator behind murder.  Feeling used, abused and lonesome, Rudy was a keg of dynamite ready to go off.  Thank the Lord for intervening and bestowing the light of day!  Only a cigarette paper away from doing the unthinkable, that was Rudy.  As it goes now harming her is not an option. He couldn’t and wouldn’t, His children the rationale along with why should he do time or the chair for doing in a snake such as her.  Although His feelings have mellowed even though brazen her ways He despises her greatly and always will.

A narrative, Rudy’s son-Chris-returning home from college. The extreme excitement, the jubilance imposed from the greeting Chris’s younger sister. The baby sister and Chris’s only sister of which He completely cherished.  An I’ve missed you, love you, hello hug, common place, then the card.  A card, the one she had found while attempting to locate one thing or another in her Mother’s nightstand.  This particular card with cartoon characters depicting Mother and Mother’s boy friend kissing on the front.  The depiction an A-Moral action however mild when compared to the verbalism from within.  Her boyfriend professing his love of for her-noxious-in association with an immoral fixation, that was making love to her.  Lastly the obscure kiss in front of the Mall, sending him to heaven.  So Romantic remember grade school emotions. WOOO-WEEE! 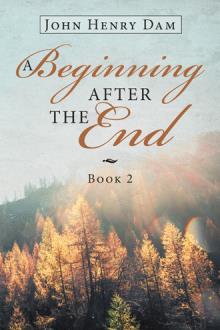 A Beginning After The End
John Henry Dam
$10.99

A parable concerning love and integrity, infidelity and death, soon afterward devastation the forerunner for a new life. Revolving to show a fable of heart wrenching determination. Rudy, being a man of substance and loyalty. Compassion his poorest tribute.

For marriage, loyalty and truth are relative but quite sadly not simultaneous. This allegation indicating that conception at times misdirects happiness when commitment is not adhered to.

I was a rodeo cowboy who never won the world or even close to it. Having been injured on the job so as to allow my injury to dictate events from that day forward.

Years earlier I had attended college majoring in Rodeo and Girls with a minor in Beer and Study. Sadly I own up to the fact that my interst was in that order.  Pondering, then wishing I would have been capable of retaining the over abundance of intellectual worthiness that seemed to hold me captive at that point in time. Reflecting on these particular events from the past gives validity to the expression:

IF WISHES WERE HORSES BEGGARS WOULD RIDE!

Post life of a rodeo cowboy college student then married man I am quite pleased to say i am happily divorced without a home. It is benificial to be so described for i haven’t any grass to mow and needless to say I haven’t a lawn to water.

The last time I peered at my drivers license it portrayed me as fifty years old.  A consequence I embrace not by choice rather circumstances from a scripted phase of life. Experiences in life have also given me a love of writing poetry. I will give you a sample so you will be watching for a book of poems in the future!

In closing I will leave any and all with this fact:

Success is possible only if there is hope and to have hope you must have a dream so consequently without a dream failure is inevitable.