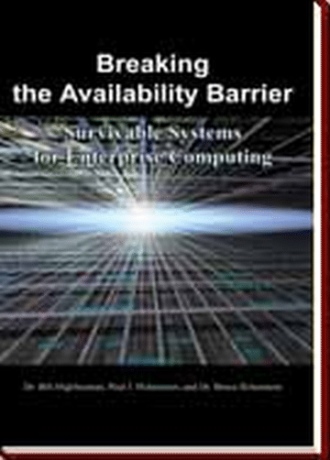 The above are indeed provocative questions, and their answers are not straightforward. This chapter develops some simple, though not necessarily intuitive, concepts that help answer these and other questions. More importantly, such concepts lead to some straightforward steps that you can take to improve the reliability of your system – steps as simple as being aware of how you allocate processes to processors.

The questions above all refer to reliability. But before we go much further, we have to agree on how to measure reliability.

However, when it comes to life and property protection, reliability is MTR. In a 911 system, an outage of 30 seconds may be simply an aggravating hiatus; but an outage of one hour can mean death by cardiac arrest or a building burned to the ground.

In large transaction processing systems, reliability is often measured as down time. Down time has a cost associated with it – perhaps $1,000 per hour or $100,000 per hour. (Of course, MTR plays a role here as well; the longer the down time, the higher the cost in many cases – from customer annoyance to lost sales to lost customers.) Down time alternatively can be measured as the proportion of time that a system is up, a measure that we call the availability of the system.

As our daily lives and corporate well-being become more dependent upon computers, system reliability grows increasingly important. No longer are frequent system outages acceptable. In many cases, failure intervals must now be measured in centuries.

Even current fault-tolerant computing systems will fail once every five or ten years. This book is the first in a three-part series on active/active systems. It describes techniques that can be used today for extending system failure times from years to centuries, often at little or no additional cost.

The techniques described include splitting a large system into smaller, cooperating independent nodes. Copies of the application’s database are distributed across the nodes. It is shown that these techniques significantly reduce the number of system failure modes and increase the level of sparing. As a result, the loss of a single node’s capacity occurs far less frequently than the loss of all capacity when the equivalent monolithic system fails. Furthermore, the loss of more than one node’s worth of capacity is almost never.

Dr. Bill Highleyman, Paul J. Holenstein, and Dr. Bruce Holenstein have a combined experience of over 90 years in the implementation of fault-tolerant, highly available computing systems. This experience ranges from the early days of custom redundant systems to today’s fault-tolerant offerings from HP (NonStop) and Stratus.

Dr. Bill Highleyman has done extensive work on the effect of failure mode reduction on system availability. He has built fault-tolerant systems for train control, racetrack wagering, securities trading, message communication, and other applications. He is the Managing Editor of the Availability Digest (availabilitydigest.com).

Paul J. Holenstein and Dr. Bruce Holenstein have architected and implemented the various data replication techniques required for the availability enhancements described in this book. Their company, Gravic, provides the Shadowbase line of data replication products to the fault-tolerant community.