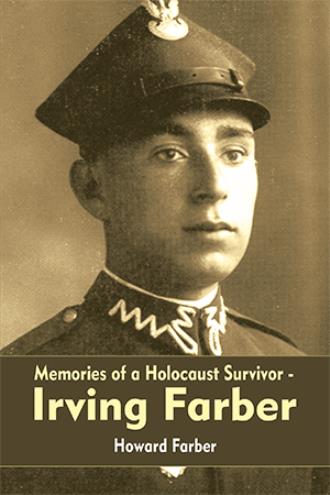 As far back as I can recall, the Holocaust has been a part of my life.  As a young child, I remember that my father would occasionally talk about his experiences during World War II, what the Nazis did to him and to his family.  Every once in a while, he would relive a particularly bad experience in his dreams, and would wake up screaming.  I remember seeing the scars on his back, and his disfigured toe, which he told me happened during the war.

He told his family about the concentration camps and the unspeakable horrors that took place there.  My father was fortunate in that he did not have an identification number tattooed on his forearm.  Many of my friends' parents did; some of them had been in camps such as Auschwitz.

I grew up in Brighton Beach, Brooklyn, in a neighborhood that was 99% Jewish.  In the 1960's and 70's, there were many Holocaust survivors in Brighton.  You didn't often hear people speak about the Holocaust, but you did hear it.

When I was about twelve years old, something happened that I shall never forget.  It gave me a much better understanding of what my father went through.  Let me set the scene.

It was a hot summer day in Brooklyn.  My parents had decided to go shopping, which meant that my sister and I went along.  (Boy, did I hate shopping!!!)  When my parents were really hunting for bargains, they drove to East New York to shop at Fortunoff's on Pitkin Ave and Rockaway Boulevard.  On a typical summer weekend, this area was always packed with shoppers.

We had parked our car on a side street, gotten out, and began to walk towards the "main drag."  My father seemed usually interested in a car parked on the other side of the street.  There was a man in the drivers seat, a woman next to him, and there were children in the rear.   Everything seemed totally normal.  But suddenly, it looked to me that my father had gone mad.   Without warning, he runs up to the car and reaches through the window.  He grabs the man by the shirt and pulls him out of the car, so that the man's head is sticking out of the window.  My father is holding him with one hand, pointing at him with another, all the while shouting at him: "I know you, I know you.  You were a Kapo at --(he was yelling the name of some place that I couldn't understand).  You hit me with a spoon, so hard, that I saw stars.  I'm going to get the cops, and you'll be deported."

A crowd began to gather.  At first, the man in the car shouted back at my father "I don't know you.  I don't know what you're talking about.  Get away from me."  But you could see it in his face.  He recognized my father.

It turns out that the man's name was Fleisher.  As I later learned, he was a jew whom the Germans had made a Kapo (barracks chief) over the other prisoners at Skarzysko.  My father had been a prisoner there.  Fleisher was cruel to the prisoners.  When German guards were watching, Kapo's had to be cruel.  But Fleisher treated prisoners this way, even when the German guards were not watching.

The next thing I remember was Fleisher's wife.  She was pleading with my mother.  "Please let him go.  He suffered too.  We have a family."  And I remember my mother started to tug at my father, pulling him away.  She managed to do so, and we never saw Fleisher again.

From my earliest childhood memories, I recall my dad speaking about his experiences in the holocaust.  When he started talking about it, which wasn’t often, you just listened.  You’d occasionally hear him screaming in his sleep, reliving the nightmare of the holocaust.

As I heard his stories, they were disconnected, with no organized chronology.  Most of the time, you had very little idea as to when a particular story took place, and even my father was fuzzy on the timeframe.

When I was about thirteen, an event occurred that imprinted itself indelibly in my mind.  While shopping with his family in downtown Brooklyn, my father encountered a man who had been a kapo (guard) at one of the slave labor camps where he had been interned.   I can still see the confrontation, which is described in the book, as clearly as if it happened yesterday.

When my father neared eighty, I realized that all his stories would be lost to future generations when he died; and, when I died, no one in the family would have any knowledge of the suffering he endured.   I persuaded him to collaborate with me to get his story on paper.  It took two years, and here’s the product of our efforts.

His story is too important for it not to endure and serve as a lesson to future generations.   What happened to him and the Jewish people must never be allowed to happen again – to Jews or any ethnic group.

Don’t ever let it happen again!

As the eldest of two children, the author was raised in Brighton Beach, Brooklyn, home to many holocaust survivors.  He heard stories, not just from his father, but from many friends’ fathers, of the wartime suffering they endured in ghettos and concentration camps.

After graduating the State University of New York (Stony Brook) with a BA in History, the author received his masters from Northern Illinois University in Ancient History in 1974, and attended the University of Chicago till 1980.  Compelled by economic necessity to forego an academic career, he entered corporate America in 1980 and has since then worked as an Information Technology professional.   He still teaches part time at Elmhurst College in Elmhurst, Illinois.