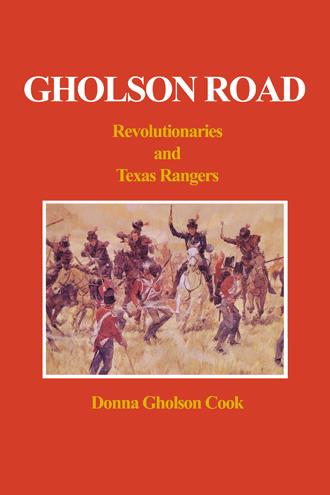 Stephen F. Austin, the most respected member of the community, commanded the militia of about 300 volunteers who brought their own weapons.  None of them, including , were professional soldiers.8  Travis was also there "simply as a recruit."9  "On , the Texans challenged the Mexicans with a 'come-and-take-it' flag over the cannon.  After a brief skirmish, the Mexicans withdrew, but the first rounds in the Texas Revolution had been fired."10  The distraction created an opportunity for Mexican General Cos, brother-in-law of Santa Anna, to move a large Mexican army force into San Antonio undetected.11  On October 12, the Texans left Gonzales with the cannon and started for San Antonio to confront Cos where he had fortified the Alamo and the town plazas west of the river with his force of 650 men.12  Because of problems in transporting the cannon, they were forced to abandon it at Sandy Creek, halfway to San Antonio, leaving it to be appropriated by anyone who happened along, Mexican or not.  It had served its purpose.13

Noah Smithwick was a gunsmith by trade and arrived at Gonzales just after the initial battle, in time to help with the arms and ammunition.  Among the preparations they made, ". . . we cut slugs of bar iron and hammered them into balls; . . . formed a company of lancers and converted all the old files about the place into lances, which we mounted on poles cut in the river bottom."14   After making preparations and learning a few military tactics, the volunteers began their march to and Smithwick described the appearance of the new army.

Buckskin breeches were the nearest approach to uniform, and there was wide diversity even there, some being new and soft and yellow, while others, from long familiarity with rain and grease and dirt, had become hard and black and shiny.  Some, from having passed through the process of wetting and drying on the wearer while he sat on the ground or a chunk before the camp fire, with his knees elevated at an angle of eighty-five degrees, had assumed an advanced position at the knee, followed by a corresponding shortening of the lower front length, exposing shins as guiltless of socks as a–Kansas Senator's.  Boots being an unknown quantity; some wore shoes and some moccasins.  Here a broad-brimmed sombrero overshadowed the military cap at its side; there a tall "beegum" rode familiarly beside a coonskin cap, with the tail hanging down behind, as all well regulated tails should do.  Here a big American horse loomed up above the nimble Spanish pony ranged beside him; there a half-broke mustang pranced beside a sober, methodical mule.  Here a bulky roll of bed quilts jostled a pair of "store" blankets; there the shaggy brown buffalo robe contrasted with a gaily checkered counterpane on which the manufacturer had lavished all the skill of dye and weave known to the art–mayhap it was part of the dowery a wife brought her husband on her wedding day, and surely the day-dreams she wove into its ample folds held in them no shadow of a presentiment that it might be his winding sheet.  In lieu of a canteen, each man carried a Spanish gourd, a curious specimen of the gourd family, having two round bowls, each holding near a quart, connected by a short neck, apparently designed for adjusting a strap about.  A fantastic military array to a casual observer, but the one great purpose animating every heart clothed us in a uniform more perfect in our eyes than was ever donned by regulars on dress parade.  So, with the Old Cannon flag flying at the head, and the "artillery" flying at the heels of two yokes of long-horned steers occupying the post of honor in the center, we filed out of Gonzales and took up the line of march for San Antonio.15

Albert Gholson was a member of the motley band of rebels.  On the way to , Sam Houston visited them briefly.  Smithwick described his first encounter with , which may have been Albert's first look at the man also.

At the Cibolo, Sam Houston came up with us.  It was my first sight of the man who more than all the others was destined to win enduring fame from the struggle we were inaugurating.  I have a vivid picture of him before my mind's eye as he rode into our camp alone, mounted on a little yellow Spanish stallion so diminutive that old Sam's long legs, incased in the conventional buckskin, almost touched the ground.  He made a speech to us, urging the 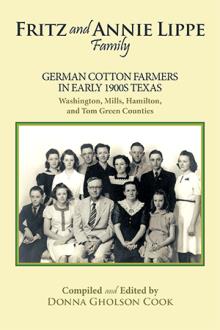 is the well-documented story of one family's role in American history, from early through early during the period of the Old West.  Anthony2 fought with the militia in the Revolutionary War and leased land from George Washington.  In 1801, at age 68, he moved his family west to .

Samuel, son of Anthony2, fought in the War of 1812, participating in the of the and the Battle of New Orleans, moved to , then to , arriving in 1832 with his son Albert.  They were members of Robertson's Colony while was still a part of and were among the early Texas Rangers.  Albert fought in most of the battles of the Texas Revolution and survived many Indian fights, only to be killed by a neighbor.  His sons, Sam and Frank, were also Texas Rangers, protecting the settlers and helping to retrieve several Indian captives.   The brothers were persuaded to become Confederate soldiers by a lynch mob that threatened to kill them and their young wives if they did not.  After the Civil War, they were involved in the cattle industry and the trail drives of the late 1800s.

Donna Gholson Cook was born in , with roots six generations deep.  Her love of the history of the Old West was fueled by family stories about her great-grandfather, one of the first Texas Rangers.  Spare time in her teenage years was spent reading western books and riding horses.  Her spare time in recent years has been used to research her Gholson ancestors, who were not only among the first colonists, but the first American colonists as well, crossing paths with many famous Americans in their journey.  will give the reader a glimpse into the lives of some of the Americans who fought to create this great nation and to maintain our freedom.