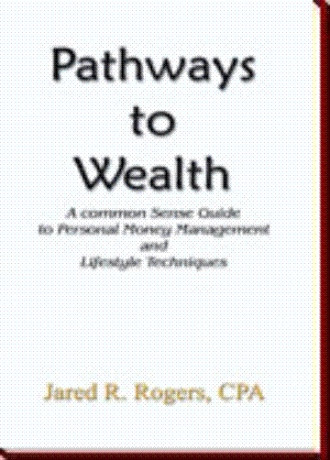 Jay glanced out of the window, and looked at the passing buildings before responding. "Did you ever think you were owed a little something for all the hard work you put in at the job?"

Delano nodded, and said, "yeah man I have."

Jay folded his arms and gave a little smirk. "Well, that's just what's been going on the past few weeks. I've decided to give myself a few rewards for all the hard work. I've been going to a few nice bars, and I bought a new car I really wanted. I also updated my wardrobe a little. I mean, I can't advise someone about how to spend his or her money if I don't look the part - right? Besides, for twenty-three years I've never had anything really nice, or enough money to afford it. Now that I do have the money, you better believe I am going to spend it!"

Delano laughed out loud in such an ominous voice many of the other passengers turned, and looked in his direction, like he startled them.

Delano began to speak after he got his laughter under control. "My friend," Delano began still chuckling a little. "I thought you of all people were smarter than the average person out there. You're the one who gives all your clients advice on how to manage their finances, but then you go and spend your money on crap that is of no use to you."

Jay didn't understand what his friend was getting at, but Delano continued. "I can tell from the way you are looking at me you have no idea what I am talking about. Well let me give you a visual demonstration."

Right at that moment, the train pulled into the Division Street station. To the west of the train was one of the city's most notorious housing projects, Cabrini Green. Delano pointed out the window to the buildings. "You see that, right?"

Jay shook his head, as to acknowledge he knew the buildings were part of the city's failed urban housing project.

"What do you think the difference is between those people, and the people who live over there?" Delano was now pointing out the window on the east of the train. The buildings on that side belonged to one of the most affluent areas in downtown Chicago, the Gold Coast.

Delano looked at his friend with the Cheshire cat smile he was known so well for. Shaking his finger at Jay he replied, "If you think that's the only difference between the two groups of people, then you have a lot to learn, my friend."

Delano continued the lesson. "I work for one of the banks downtown where a lot of those people keep their money, and get their financial advice. The people in the Gold Coast are no different than those in Cabrini Green. They all live above their means, and spend money they don't have." Jay repositioned himself in the seat, to face Delano better. "Delano, everyone spends money. It's just that the people in the projects have less of it to spend than the people in the Gold Coast. I mean it's logical the more money you have, the more expensive the things you buy will become. It also makes more sense the more you make, the more you will save."

Delano began to applaud his friend. Jay and the others on the train looked at Delano like he had lost his mind.

Pathways to Wealth is an insightful and interesting read. The author, Jared R. Rogers, CPA, having a proven track record in accounting and financial statement analysis, incorporates elements of accounting with common sense to yield a unique approach to managing ones finances.

"Many people have the desire to live financially comfortable lives, but have no idea how to make it a reality. By blending accounting with common sense practices, I hope to equip individuals with the necessary skills to live the life of their dreams."

Filled with information and examples, Pathways to Wealth will give you the tools to actually change your current financial situation. During trying economic times, Jared's words are an inspiration to all.

Both young and old.

Frustrated with the growing disparity between the upper, middle and lower classes, Jared R. Rogers decided to dedicate his professional efforts to financial education.

He graduated from Truman State University in Kirksville Missouri with a degree in accounting. Upon his return to his native home of Chicago, he quickly joined the ranks of what was then one of the big five public accounting firms. He then went on to obtain his CPA credentials, become a member of the American Institute of Certified Accountants, Treasurer for the Iota Delta Lambda Chapter of the Alpha Phi Alpha Fraternity, Incorporated, in addition to being listed in the Lexington Who's Who Registry of Executives and Professionals.