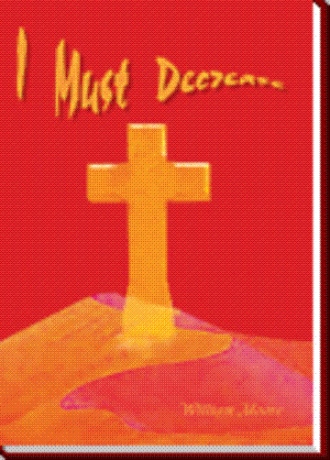 It would certainly seem odd to the natural mind to put a window in the top of a building instead of placing it in the side, but God's wisdom is above our wisdom. In the early days of the flood, when the waters were ascending from the fountains of the deep and descending from the heavens, people outside the ark were seeking a high place to escape to and clawing at the ark for entrance; and finally, the few people remaining, were undoubtedly fighting one another to be able to stay in the highest place that they might be able to live as long as possible. Had Noah and his family been able to see the destruction, they may have been sorrowful for their friends instead of rejoicing over the salvation of God; therefore, the window was placed in the top of the ark so they looked into heaven. God does not want us to be sorrowful over the judgment of the earth; but rather, He wants us to rejoice in His salvation. In like manner, when He judges the world of our bodies and carnal ways, He expects us to look into heaven and rejoice over His great salvation.

To get to this place, however, we must ascend to the top level of the ark. The first and second levels did not have this great revelation revealed to them but only those who had attained full spiritual growth.

Could we, as Stephen when he was being stoned to death, utter as our last words, "Lord, lay not this sin to their charge?" We absolutely could, if we had grown to the place Stephen had. He was a man "Full" of the Holy Ghost. When the Jews were about to stone Stephen,

Notice that Stephen looked steadfastly, or his eyes were firmly fixed on heaven. We need to keep our eyes firmly fixed on Jesus, being constantly in prayer to our King; then, with our brother Stephen, we will be able to say, "I see." But see the effect Stephen's testimony of God's word and the door opened in heaven had on the religious world of that day.

"Then they cried out with a loud voice, and stopped their ears, and ran upon him with one accord, and cast him out of the city, and stoned him..." Acts 7:57,58

The Jews, God's chosen people, would not listen to the truth. Today, also, many of those whom God has called will reject a greater revelation, because it destroys the temple they have built up; and they will stone those who declare the whole Word of the living God...

Take note of another point about Stephen's vision when he was stoned. There are numerous references in the Bible about Jesus sitting at the right hand of God, but Stephen saw Him standing. As when an audience stands to honor God at a performance of Handel’s Hallelujah Chorus, so also Christ stood to honor His warrior Stephen and his sacrifice. Further significance to Jesus standing when Stephen was stoned lies in the fact that when we are abased, Christ stands up in us. As we are decreasing Jesus is increasing. As we take the humility path or our will lies down, the will and strength of Christ stands for us and in us. Our decrease is His increase, both as a testimony to the world and as life to us.

I Must Decrease parallels four seemingly unrelated subjects to demonstrate the universality of God’s principles. These principles then demonstrate various levels of spiritual growth available to Christians. Characteristics of Christians at the various levels help us to identify our level of development, and as these subjects are examined, the importance of some form of self-denial becomes apparent. At the same time, it is demonstrated that God appreciates us as individuals and seeks a merging of our individual personalities with God’s Spirit.

Whatever your level of Scriptural knowledge or spiritual growth, you will encounter new ideas and ways to look at the Scriptures and your life.

Bill combines almost forty years of computer experience with over forty years as a lay minister. The analytical techniques required for analysis of computer systems and the knowledge and understanding of the Scriptures and their principles are invaluable tools along with prayer to bring out deep meaning from God’s word. He begins his studies of the Scriptures with the concept that only one principle is not open to debate—that concerning Jesus Christ as our Savior and King.

Bill has taught in churches throughout the Midwestern United States and has gained a reputation as a preacher’s teacher. His teachings cross-denominational lines, espousing tenets from various Christian denominations, and he has written several booklets on special topics such as chapter one of Leviticus and the Power of Babel. He doesn’t believe in unknowable mysteries, only unknown mysteries.