The Physical Operation Performed Upon the Cosmos 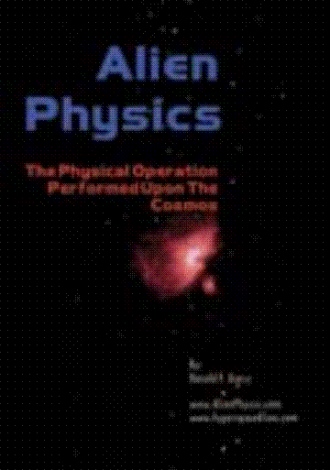 Central to this dangerous trend is the common misunderstanding in Christianity of the difference between faith and grace which allows this delusion to grow. As has been said earlier, faith is the act of seeking, but grace is the possession of that which was sought. St. Paul says that Christ Jesus is the author and FINISHER of faith. Faith is the seeking, but grace is the possession of that which was sought in faith. Also, grace is obtained during our lifetime not after our death. Many unfortunate souls have been deceived into the belief that grace is obtained after death, and that in the death of the Christian, immortality is obtained. This immediately renders scio-religionists the winners because we all know: that the scientific view is the only rational way to look at the observable world we live in, right? The scio-religionists gladly concede the "spiritual," other-world to be probed by the religious faiths of the world. Christianity is also banished to this other-world to be probed by the "spiritual mind." Under this view the only player is science because all others use emotional voodoo to probe an unknowable impenetrable world of the dead. This is false and dangerous Christian theology.

The Domain Triad discussed earlier shows that God is not concerned at all with a non-existent-world of the dead, but is the Great I Am One Living, i.e., the eternal undivided God alive and working in the world of the living. He has also opened a door into which man, in a state of walking death, can enter into the real observable world around us to dwell in the galaxies forever in Christ Jesus. Therefore, grace is a state of perfection obtained by one's passage through the hyperspace birth canal that Christ Jesus opened by his operation performed upon the cosmos 2000 years ago. A person in this state, after transformation, has acquired truth about the observable cosmos and his relation to it and what the cosmos is. This knowledge can and will challenge the false doctrines of the lost "faith" of the scio-religionists in their quest for the priesthood and domination over humanity. The following quotes from the book "Contact" and the Warner Brothers film by the same name and the article about the NASA SETI project written about in Life magazine will expose and prove the aim of scio-religionists to make a religion of their science.

The jacket to the 1997 Warner Brothers motion picture "Contact" says:

The whole theme of the movie is how Ellie learns that she too must have "faith" as a scientist. The movie implies that a skeptic scientist needs faith, as some things in science cannot be proven. And who better to teach her this than the dropout preacher that shacks up with her and has some how failed to find the truth and reality of Christ Jesus? The preacher seeks some kind of poetic other-worldly knowledge and tries to help Ellie believe in things she does not see.

Then what is the "faith" at the opposite end of the spectrum? The truth is that Matthew McConaughey played the role of a drop-out main-stream preacher and aide to the U.S. President who never mentions the name of Christ much less the power of Christ to save men or to operate upon the cosmos with his body. In other words, this drop-out preacher is a non-believer in Christ and a man without grace, who has not been transformed. Yet the movie and the book make the pitch that this man is a man of great faith. And in a way that is correct. For in modern Christianity, faith is the ultimate misunderstood destiny of Christians. But in real Christianity our ultimate destiny, in this life, is the perfect state of grace. If Christians were to perceive this distinction, Palmer Joss in the movie and book "Contact," would be a miserable man attempting to pretend he was a Christian. And in fact, that was indeed the part he played. Both Ellie and Palmer are lost characters when we meet them and they remain lost when we leave them in both the book and the movie. Yet, the author and his promoters are correct in saying they are both of faith.

The result, obviously, is that these two individuals do not really represent two opposite extremes of the spectrum of faith or life. They are, in fact, representatives of the same end of the spectrum. Both are seeking truth in "faith" that there is some. Both are also attracted to the doctrines offered by scio-religionists for the hope of mankind's future. Neither character is attracted to the hope that Christ Jesus has somehow altered the cosmos and has power to make all men and women the children of God.

Therefore "faith" in this movie and book is the faith in the scientific quest for truth they hope will provide a way that mankind can be saved through the work of knowledge and skill as scientists, engineers and craftsmen. Neither of these individuals has Christian faith leading to a perfect state of grace by the revelation of what Christ has done to the cosmos and all things therein. It is therefore no wonder that these two lost in "faith" would fall in love with each other in their common quest for truth. They are in fact identical in their minds. But, unfortunately, this drop-out preacher really does represent a great number of lost "Christians" and "Christian churches" today.

Too many modern "Christians" would say that the analysis herein does not hope with those that hope and cry with those that cry and rejoice with those that rejoice as Paul admonished. But Paul would never have admonished us to heresy, where ever there is heresy, especially when the grace that God has instituted for all men is superior to any that Sagan has experienced or dreamed of. This grace is available to us on this side of the "curtain of death" and is worthy of proclamation.

Not only do Ellie and the preacher represent the same side of the spectrum of "faith" (where both seek truth or hope found in science) but only two kinds of Christian characters are permitted in the movie and the book "Contact." We will explore these two characterizations in more detail in the next chapter. The first type is the religious, ignorant, fanatic who is dangerous to a rational and truth seeking society. The second is the Christian who is a seeker of truth in every place but Christ Jesus. The later is depicted as strong, quiet and open minded:

As we can see it is the quiet, lost, yet sophisticated "Christian" who is most

Scientists and Christians alike are looking for extraterrestrial intelligence and have passed over and dismissed the comprehensive cosmic operation that renders the human race superior to all life forms on earth and to the most distant galaxy. We are hyperspace aliens with the answers to all the problems in the cosmos and we know how to get along and survive forever in the stars of heaven. You will soon know this beyond doubt and become a different type of being capable of eternal space travel at the speed of desire. It is time that you unite with all space and time.

Mr. Avery is a licensed architect and interior designer in the corporate State of Texas. He has operated the Silver Eagle Taphouse in McQueeney Texas for the last five years where he has the opportunity to discuss many ideas with ordinary people. He has tested the ideas in this book in reality to prove his thesis. You may visit his house of conviviality at

www.SilverEagleTaphouse.com. You may also see related articles concerning Alien Physics and this book at www.AlienPhysics.com.

Mr. Avery wrote a letter in response to a September 1992 Life magazine article about the NASA SETI project, to be forwarded to NASA SETI, wherein he proclaimed to be an extraterrestrial hyperspace alien with the answers to their questions. He has never heard from any of them. He sent the SETI INSTITUTE emails asking if Jill Tarter, Project Scientist, ever got his letter. No one has ever replied to him about his claim. Alien Physics explains why he can make such a claim.

Mr. Avery has been a translated Christian for twenty-six years and is a laymen theologian. He worked with an ordained Methodist Minister for two years on Alien Physics. He is also a student of the principles and laws of civil liberty discovered and established by Christian philosophers and thinkers. His next book will analyze the impact of Christ Jesus on civil government and the stand of Christian Patriots in the Global Order at hand.