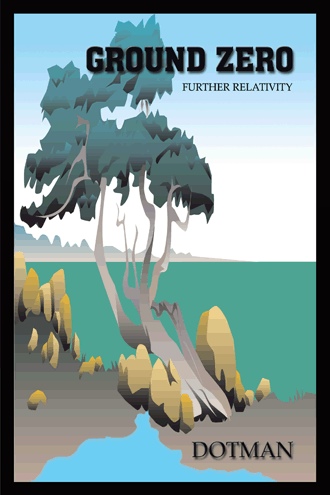 Relativity is use here in the study of Phil science and Omniscience. Relativity is the establishment of the same meaning or sense of two things living or non-living depending on the frame of reference of the Relativist. Thus, two things having the same sense or appearing simultaneously in one frame of reference is not the same at another frame of reference. Meanings, senses and simultaneities are not an absolute concept. Similarly, the beginning of the world from Adam and Eve is not an absolute concept but an applicable concepts varying from individual to another according to TIME DILATION made possible by different positions or frame of reference or cultures or religion and Race around the globe. However, the differences which arises in Relativity are due to different eyes positions or understanding; the gate to self-visualization.

The effects of TIME DILATION gave birth to different ANALOGUE-MODELS (Languages) applied to things around the world. Time dilation is evidence of barriers, differences, divisions, space, locations, Race, etc. that can be eliminated by SYNCHRONIZATION made possible by all eyes coming together at one spot or unity of judgement and of Language. As a Relativist, our aim is to get at this synchronization, a journey that may find us at the tree or at the point where God or Devil is and thereafter, an order of the Post Melchisedec; the motion from the synchronization.

Because there are codes, intellectuals and artists from all parts of the world have been in conflict from time immemorial till today. They ponder on how to answer questions spurred by the progressing tendencies toward the emancipation of humans from frailties, and mysteries that remain unresolved till today. Some predict a less conflicting future, the Anti-Christ, others fear the loss of the cultural diversity of humanity, and some express bias toward secularity and religion. Eventually, at the point where major ideological conflicts gave rise to today’s controversies, a new fire of ideology flared up in Dotman, and he shares with us here where one would not have expected, at border lines not only between every single human today, but where the religions’ foundations of cultures are considered. In the midst of beliefs, labeled esoteric, beyond one’s own cultural world, home, knowledge, and ingenuity, he found a powerful “incident knowledge” that is so anomalous and converging and so inspiring, more than any right from time he has so far lived in the world. This zero is structured to use the works of the geniuses, but care was taken in the design of the zero so that codes were identified and decoded with tools created in the zero.

The Dotman hails from the Oghara clan in the Delta State of Nigeria. As a very bright and promising young boy born to older parents who were farmers and traders, he was guided and disciplined by brothers and sisters who never allowed the bad influences witnessed in some lads in the Delta region of Nigeria to take toll in his life. This eventually made it possible for him to attend primary school at Oghara; after that, he attended college at Warri and then Enugu State University of Science and Technology in Nigeria, where he obtained a bachelor’s of engineering degree in mechanical engineering. He also earned a master of science in engineering management from Walden University in Minneapolis, Minnesota, the United States. The Dotman was spurred to write by the infirmity he passed through, which resulted in a long-standing quest for knowledge. Having learnt and discovered incidentally, he sets out here a book on neo-technology and the next stage of inspirations, excitements, adventures, and confusions of life, death, and discoveries. He is an unconventional nonconformist. Some men have guns, bombs, knives, swords, and muscles. He has nothing but his writing. In addition to writing, he is into engineering and consulting. He also enjoys parties and vacations, and he sings and dances to smooth jazz, R&B, classical music, calypso, and Latin blues.