A Three-Dimensional Model of Human Behavior 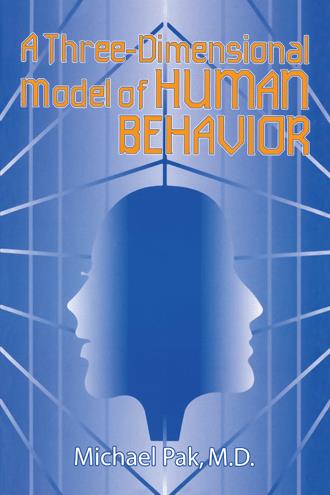 Having lived in several different regions of the world, including Eastern and Western Europe, the West Coast of United States, and middle America, I have observed some strikingly similar behavior patterns across societies. In particular, various negative behaviors, such as verbal threats and physical violence, appear to be expressed more freely and more lightly in certain cultures compared to others. These cultures also tend to assign a greater positive meaning to polite language and cooperation.

While listening to some attending physicians in a Midwestern hospital argue with each other and the staff, I was perplexed by the general absence of concern and hostile emotions around such communication. It was like watching some stages antics and conflicts on television or in the theatre, but not quite. This conduct was serious, but it carried a very light negative meaning. While people didn’t smile or communicate much, they still worked together reasonably well. Establishing good relationships required only a rudimentary level of positive behavior. The population apparently played by an entirely different set of rules than the ones I was used to in California. The variations, however, were not random – far from it. The trend was virtually identical to the one present across Europe. Did a fundamental principle connect these seemingly unrelated behaviors?

The answer to these and many other interesting observations came in the form of a three-dimensional model. I gradually realized that interactive behavior is a linear phenomenon guided by culturally determined perceptions. Our actions range from very cooperative to very antagonistic along a more or less straight line depending on how we interpret other people and feel toward them. This line of perception and action often becomes shifted so that we interpret and behave very differently under the same circumstances. A closely related trend in our demeanor is its frequent tendency to become indirect and covert. The whole system of perception, action, and indirect or covert conduct can be plotted along X, Y, and Z axes to produce a three-dimensional model that can be used to understand, analyze, and to some degree even predict behavior.

The beauty of the three-dimensional model is its ability to integrate a great deal of information about people’s thinking and actions, which can make the trends clear to wide segments of the public as well as behavioral scientists. The system provides more than an intriguing subject for academic discussion. It has very real significance in the daily lives and interactions among a majority of us ranging from schoolchildren to the elderly and most everyone in between. The following stories can serve as a template for learning the model. With this knowledge, the readers’ insight into the cultures and people around them will hopefully grow in a positive direction, the same way my own has and continues to do so.

A detailed explanation of the model can be found in the summary, page 91. Those who prefer a more gradual approach may proceed straight to the chapters.

In A Three-Dimensional Model of Human Behavior, author Michael Pak, MD, provides a fresh, scientific approach to the study of human behavior without putting readers to sleep. Instead, he enlightens and informs through entertaining examples that illustrate his theories.

Based on his observations and experiences in different parts of the world including the United Stares and Europe, the author develops new insights into human actions and reactions. Through this book, Dr. Pak hopes to help the public better understand various forms of human behavior and, consequently, become better prepared to analyze them and appropriately respond.

To communicate his theories, the author uses fictitious characters who illustrate various modes of behavior. Among them are a basketball coach who continuously fights negative publicity concerning his controversial behavior; Salien, a member of a futuristic Martian society, composed of immigrants from Earth, which exhibits familiar cultural biases; and a soldier from a Marxist revolution who finds himself falsely accused by the culture he helped to create.

In short, Pak's book offers something for everyone. Students of the behavioral sciences will find an enlightened and informed view of interactive behavior, which is systematically demonstrated and linearly displayed. Those with a cursory interest in human behavior will be both informed and entertained.