Inducing Consciousness on the Way to Cognition 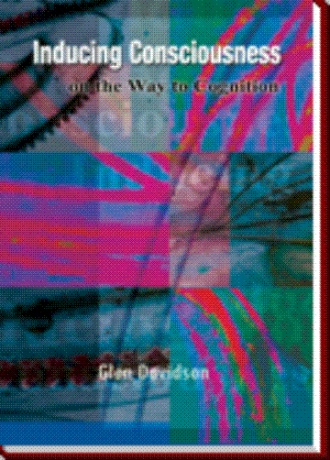 Evolution is opportunistic, however, and would not stop at utilizing the possibilities for information processing in the intersections of the electro-magnetic fields merely to reduce interference. Data interact much more finely, if somewhat less controllably, within the internal structures of fields than in the crude summations and probabilistic activations possible with synapses, including the "programmable" synapses. The other side of synapses, however, is that they are very capable at gating and allowing decisions to take place, and even of filtering the knowledge with which consciousness deals. Synapses, and the (again quite crude) logical operations, control and limit the expansive information relationships to which complex fields would otherwise tend. Evolution could not afford to pass up the opportunities that "interference" provides for complex processing, but certain mental disorders like schizophrenia may indicate the problems possible when field interactions (perhaps) become too extensive (I throw that out as something to consider, not as any sort of conclusion). There probably is a fairly delicate relationship between the desired throughput of nervous signals in the central nervous system, and the cross talk of nerves which affects this throughput.

Happily enough, as this book has tried to show, the sort of informational processing that would occur in interference and induction (i.e., fluid, continuous, and self-changing in regard to information) coincides quite nicely with what is experienced in consciousness. Any knowing (or "knowing") of the actively changing information within complex fields would essentially be entirely dependent on the (also changing) contextual information, so that an entirety has to be known at once, as happens in consciousness. We know, or think we know, how internal information would have to interact in subdivided electro-magnetic fields, and this seems to be actually based on the way in which we seem to think, so it seems difficult to find any reason to believe one to be different from another. That is to say, we probably could not differentiate what we assume would be the informational interactions within interacting electro-magnetic fields (even if we should try) from what we experience in consciousness. This means we have already set the stage to conclude that the interactions in the fields we find in the brain are the prime candidates for producing consciousness.

This book gives a very good account of consciousness, tying it into the informational states of cognition.  The advantage of the approach in this book is primarily that it is done according to quite an integrated methodology, beginning with evolutionary considerations and bringing in various scientific, psychological, and philosophical aspects of both consciousness and cognition to show that essentially consciousness belongs to the process of cognition.

Consciousness arises from the process of becoming that results from induction in the brain, either in the mode of cognitive induction or as electromagnetic induction.  The case for this is made on several grounds, and especially according to the way in which we know things primarily while these are changing.  Also it is argued both that the processing of data happens too fast and is too integrated to happen via the relatively slow and low-information transfers at the synapses.  “Cross-talk” between nerves cannot be prevented and has to enter into the consideration of cognition at least, but more importantly such a process explains how it is that we actually can know the information that goes into producing an action.  They are, and have to be, the same information, and we become conscious as a part of producing action, at least mental action.

Although declining to publish this book, Executive Editor for the Humanities Lindsay Waters at Harvard University Press stated that the project “--looks very interesting,” based on summaries and samples of the book.  Acquisitions editor Jane Bunker, at one of the major US academic publishers in the field of consciousness, the State University of New York Press, wrote:  “Although the manuscript you propose seems to us a sound and in many ways appealing one, our study of the project has yielded serious marketing concerns,” (also based on synopses and excerpts).  I am testing the marketing at present, and I hope that soundness gratifies more than just the author.

At any rate, one has to appreciate the fact that a conservative establishment can be made to recognize the virtue of a good work.

While unquestionably the book is challenging, it largely avoids jargon and fortunately lacks the specialized narrowness of academia.  The work brings up a good many issues that have been neglected in both cognition and in consciousness, such as the location of the conscious and that of the unconscious, and the passage between the two.  It could be read for this attention to neglected questions alone.  However it does present a good set of arguments for identifying the neural correlate of consciousness as being the internal process of induction arising within the brain.  For all of these reasons, this book is a substantial contribution to understanding one of the greatest mysteries of the universe.

I am a philosopher with a strong background in science.  I took a pre-med humanities course for my BA, and philosophy in my master’s course.  For my PhD I hope to be able to modify this book for my doctoral thesis.  More importantly, I have long studied on my own the sciences, philosophical matters, and the humanistic areas, especially for the sake of my interest in consciousness, beauty, and what we might be able to know about our own minds.

Crucial to the book and its value is that I have spent some years without school (prior to my present time at university), or establishment concerns, focusing on art, nature, and especially writing, thinking my own thoughts and not those of others.  Most books have little reason to be written, for the authors are simply re-doing old ideas, if perhaps developing these ideas a bit.  That is why we need the Ralph Waldo Emersons, or Friedrich Nietzsches, people who did not stay forever tied to academia and the system.

So I have combined a long-running and wide-ranging formal education with a dip into my own unconscious mind.  Oddly, these seem like the essential credentials for consciousness study, yet this type seems unusual today.  The New Age, telepathy and ESP sorts do not count, since romantic sentimentality is hardly an asset in considering consciousness – one must get past the sublime.  Although I do not claim to be Emerson, or better, Nietzsche, reincarnated, I can say that I know about the unconscious resources of the mind all the while having a deep respect for science.  I believe that consciousness has to be explicable, though not reducible, to both scientific explanation and to the intense symbolism of unconscious imagery.

This is why I wrote the book, to consider both the “spiritual” and the scientific aspects of consciousness, where these converge and where they diverge.  And in fact this is truly the decisive factor behind writing the book, to work out ideas I had of consciousness in an integrated manner.  The peripheral nature of words and logic were the navigational pattern around the dark edges of chaos and the unconscious, those determinants of our lives and minds.  Fortunately, conscious cognition, however weak it may be, is able to create paths in the condition in which we find ourselves, so that while the unconscious remains a whirlwind, consciousness is understandable even if not reducible.

My schooling has been for the sake of the integration set out in Inducing Consciousness.  The modest knowledge we have of the conscious forms in all of their splendor does relate to the unconscious pulsing of nerve firings, through the inductions in the electromagnetic fields which also strongly correlate with mental induction.  This correlation has been central to my life for the past decade, while words and their logic have been respected, but appropriately peripheral.