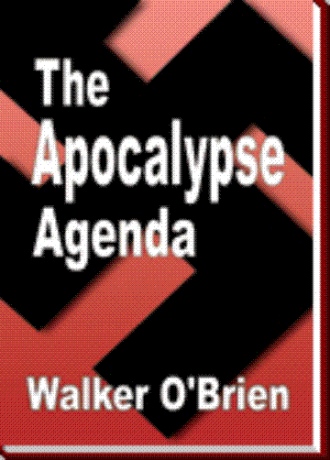 As Wagner reached the table nearest the windows and started to sit down, the first shots rang out. A glass containing a red house wine exploded on the table next to him. Several more shots were fired, windows shattered and glasses flew in a cascade of shards and mist. The scene turned to chaos, as patrons dove for cover, knocking over tables and chairs as they scrambled.

Gretchen Osborne was in the middle of the cobblestoned, Rue Batiste when the first shots were fired. With the instincts of a field soldier, she broke into a run towards the Samilier.

One of the snipers targeted her and opened fire. In the maelstrom of bullets and confusion, a motorcyclist rode into the center of it all. He swerved to avoid Gretchen in the street, a bullet, meant for her, hit him and the bike went down. In a skid, it bounced against a concrete barrier post and came to rest. The rider, thrown clear, died as he hit the ground.

Ben grabbed Ritter Wagner and pulled him down behind an overturned table. The small tables gave little cover, but, made of heavy metal, they were better than nothing.

The gunfire continued and Ben had the automatic in his hand. He fired towards the only source he could see. At least one attacker was on the second floor of the small hotel next door to the Indonesian restaurant across the street. Ben fired rapidly at the second floor to provide cover for Gretchen as she made it to the overturned tables near him. Now three tables were turned over, providing a make shift fortress.

"Everyone okay? Gretchen?" shouted Ben, as he continued to aim and fire in the direction of the shooters. "Did you see anyone?" he continued.

"I'm, okay. No, no one." shouted Gretchen over the deafening sounds of gunfire.

They both looked toward Wagner. He was lying against the table with his back pushed up against it. A small trickle of blood was at his lip, and a spreading, burgundy stain, oozed a pattern of death across his chest.

"He's been hit," said Ben, stating the obvious. He bent over to check the wound. "Looks pretty gnarly."

"Gnarly? You were in California, too long," said Gretchen. "Here, let me have a look."

The gunfire continued and Ben shot back, again and again. The patrons of the cafe were huddled in small groups behind tables, chairs, light posts; whatever was handy.

"He's fading," Gretchen warned, as she reached under Wagner's shirt in an effort to locate the entry point of the bullet.

Wagner was gasping now. The bullet had penetrated his left lung and had continued on through his body. It had exited below his rib cage, leaving a gaping hole in his back, but Ben and Gretchen couldn't tell how badly he was hurt.

Wagner gasped for air again and reached for Gretchen. His fingers wrapped around her collar and he pulled her to him.

"What?" whispered Gretchen to Wagner, as she pressed her face near his. She was barely able to hear him with the exploding gunfire all-around her.

"What'd he say?" shouted Ben. He was occupied with the gun battle and was now low on ammunition.

"What the hell is that?" said Ben. He fired another round towards the second floor, then turned to Wagner. He reached his fingers towards his neck in search of the carotid artery. Nothing.

"He's got toe-jam football," said Ben, as he crouched lower behind the table.

A well-known terrorist makes an offer the CIA can’t refuse. Soon, former intelligence officer, Ben Fitzgerald is back in the hunt.

From Argentina to Italy, from France to the United States, the trails of danger, sex, and intrigue propel the reader towards the thrilling climax.

Bio-terrorism, recombinant DNA, the Third Reich, and a legend more than fifty years old, combine to create a chilling scenario that could be pulled from today’s headlines, or maybe tomorrow’s.

An award winning writer, this actor and producer makes his home in the desert southwest. His next book, The Empire of the Dead, is due next year.